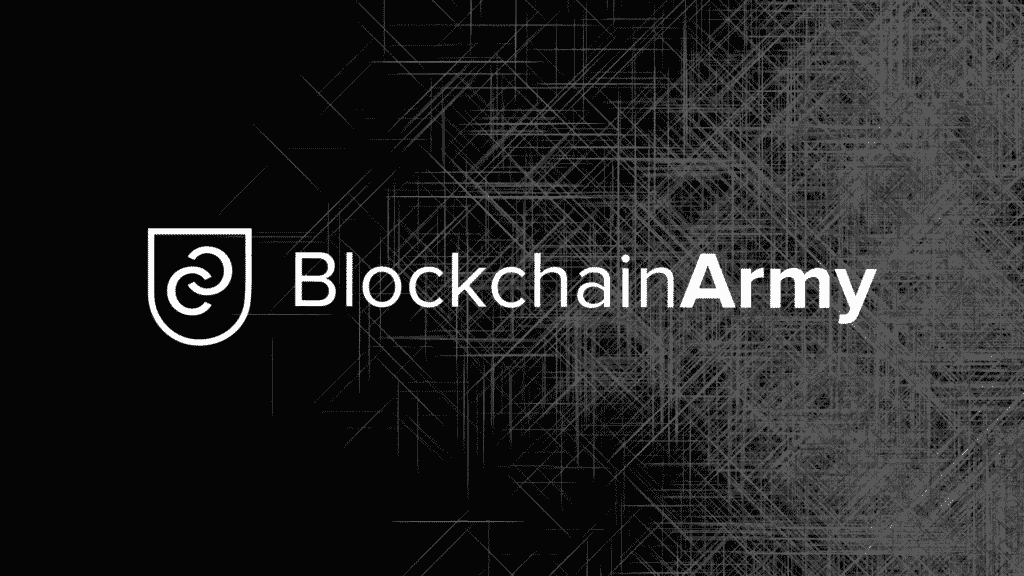 The Co-Founder and Chairman of BlockchainArmy, Erol User, recently attended the UNSPED Annual Meeting 2019, held in Istanbul, where he was invited as a keynote speaker. His speech on “Is Blockchain the Future?” reflected on how blockchain technology can play a fundamental role in attaining the full capabilities of the Internet in the future.

For those wondering, blockchain consulting company BlockchainArmy is a respectable name in the blockchain development and consulting space, globally. UNSPED event, on the other hand, is one of the biggest technology gatherings that hosts tech experts from across the world. Now let’s dive deep into Erol User’s keynote speech. 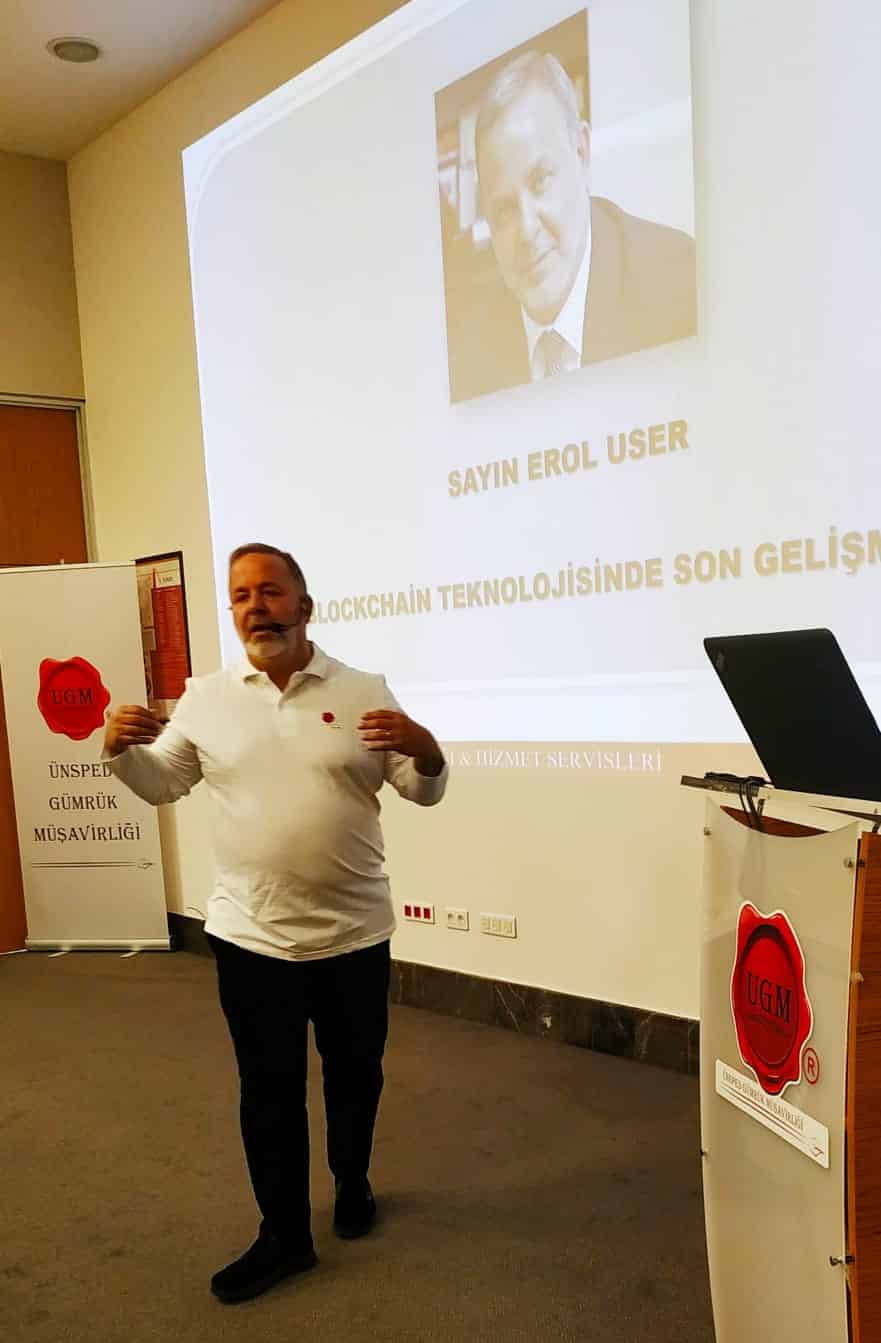 Erol began by highlighting how future digital economy could be achieved via low-latency and secure digital infrastructure on offer. Although the technology of blockchain is still in the embryonic phase, it can set the ground to make the digital economy easier.

Blockchain as a Fundamental Structure

The technology of blockchain should be the fundamental structure if we want to fully realize the internet potential, said Erol. IoT is vital in particular for eliminating barriers for consumers.

Citing an example, Erol said that out of the 6.4 online devices that the world uses, there are 25.5 million new devices that connect daily. Bain & Company’s recent survey shows that 45 percent of IoT buyers feel security concerns are the major barrier hindering IoT devices’ adoption.

That’s when blockchain can prove to be a solution, Erol stated, as this technology starts where the cloud one ends. In fact, industries, such as commerce, healthcare, and finance, will require blockchain technology to fully achieve their digital potential. However, the full adoption of this technology may encounter challenges along the path, opined the BlockchainArmy Co-Founder. 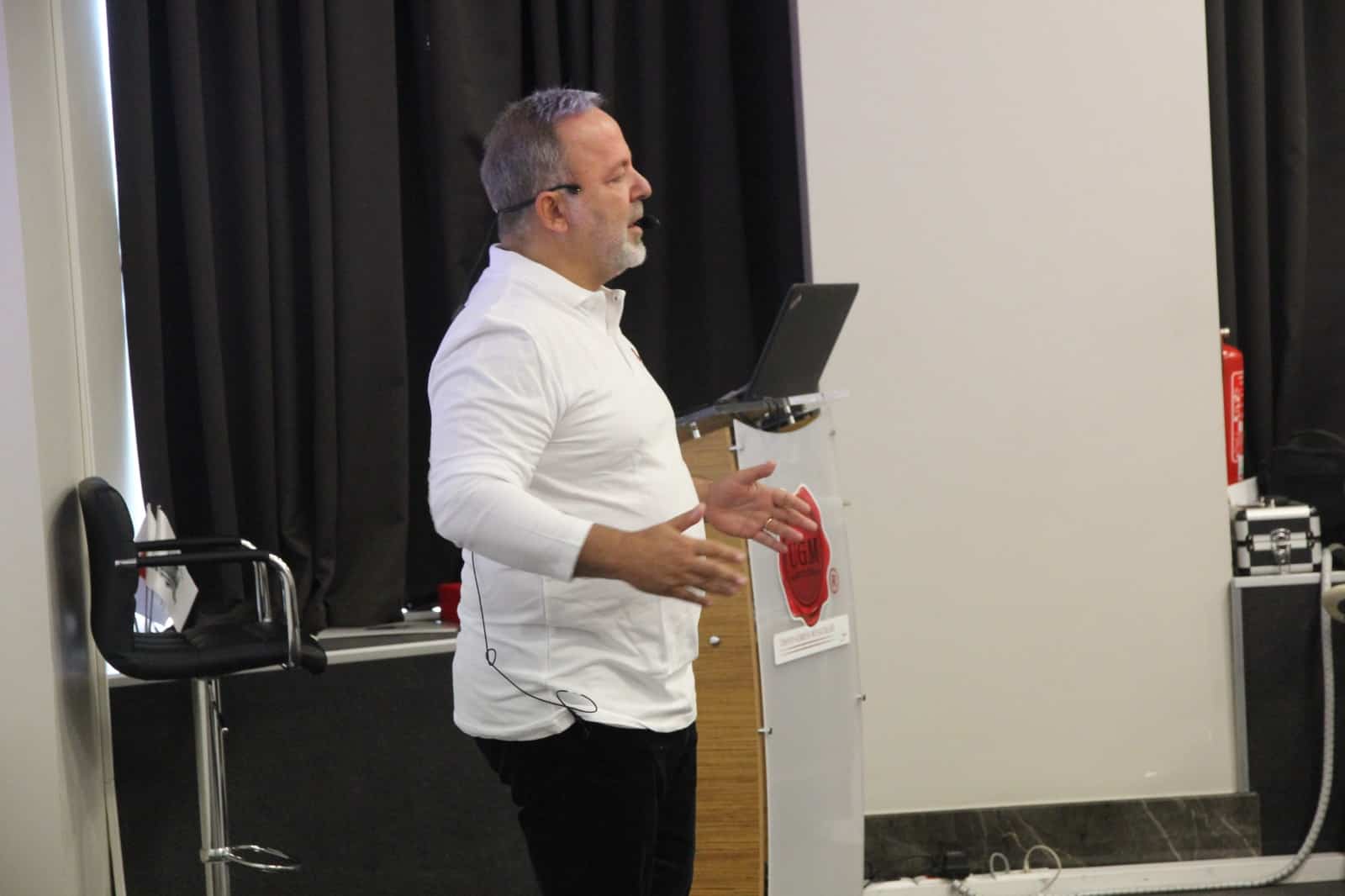 Explaining the intricacies of digital adoption, Erol talked about the wave of change TCP/IP’s adoption brought in the internet’s development. Transmission Control Protocol/Internet Protocol (TCP/IP) went on to become a foundational change in reducing connection costs significantly, over the years. Blockchain, in a similar way, has the capacity to lower the costs of transactions, spear-heading a major change in the economy across the globe.

In that sense, Erol stressed that blockchain can be thought of as a ground technology, not a disruptive one as it is sometimes perceived to be. It has what it takes to form the basis for newer social and economic systems. While blockchain technology can eliminate technological barriers, rushing into blockchain-powered solutions without having its necessary understanding would not be helpful, Erol cautioned.

Erol expressed that true government and business transformations led by blockchain technology “could be centuries away.” He said that the adoption process would be steady and gradual, not sudden, when the institutional and technological change wave gains momentum.

According to Erol, digital transformation has four core areas with respect to the success of the business and digital economy adoption: customer experience, workspace, internet applications, and supply networks.

The way people work today has drastically changed. People are no longer confined to office space, they work from home or even coffee shops. In such scenarios, the requirement to be connected has also increased dramatically. That makes entities shift to a dynamic ecosystem from the earlier fixed one to let the next-gen employees work remotely and stay connected regardless of their geographical location.

Apart from that, there is also a change in the way consumers are interacting with companies, thanks to the 24/7 connectivity. They want a personalized experience with the brand. Thus, companies can focus on offering rapid and secured sharing of data while building the latest intelligent digital network. It can be attained through linked devices, stated Erol. He opines that the digital space would become easier to use and more gainful due to the continuous drop in sensor pricing.

In his keynote speech, Erol discussed how the governments around the globe are recognizing blockchain’s powerful possible usage. They are either testing blockchain-powered apps or exploring this technology. For instance, Estonia.

Erol also threw lights on blockchain’s varied possible use cases in government, ranging from internal revenue and tax monitoring to healthcare, voting, secure banking service, and a system for national identity management. He also clarified that cryptocurrency is merely one of the multiple applications for this technology.

Moreover, there are many nations like India, China, and France that are averse to crypto or have the most stringent regulations or are planning to ban cryptocurrencies altogether. However, the same governments are avid supporters of blockchain technology because of its greater governmental use cases, says Erol.

Among the blockchain tech’s many advantages, transparency is the primary one, thanks to its decentralized nature. Governments usually have all the critical information and data that hackers are mainly interested in, such as social security numbers, full names, addresses, and more. There is a huge security risk that can be greatly minimized or avoided through the technology of blockchain.

Parties can verify such government data via blockchain-powered solutions without compromising on security.

In addition to that, DLT brings increased security as well as data integrity assurance, Erol points out. If governments embrace the wave of change and incorporate digital innovations in their processes, there would be better management, higher quality standards, integrity, and speed, soaring the overall efficiency. It would also escalate citizens’ trust in the system.

Governments that have adopted the blockchain technology already

During his speech, Erol talked about how the governments of Dubai and Estonia have adopted blockchain.

Erol stated that Dubai is not only dreaming big but also has taken firm steps to achieve those dreams. There is a dedicated ministry focused on adopting and implementing AI (Artificial Intelligence). The government of Dubai wants to become the first-ever government powered by blockchain by 2020.

The topmost goals in the government’s blockchain agenda include bills, license renewals, and visa applications. Dubai, as we already know, is one of the most favorite tourist destinations in the world, hosting millions of visitors per year. There are about 100 million documents that need to be manually processed. Blockchain can emerge as a savior here as it can significantly reduce the manhours while letting the government possibly save up to around 1.5 billion dollars every year.

Estonia, as Erol says, has been attempting to build sustainable blockchain-enabled solutions since as early as 2008.

The first of such implementations occurred in 2012 in the registry database in the areas including, security, health, the judiciary, and legislation. The government also developed a national identity management system called ID-kaarts. This system has improved the quality and timeliness of the government’s service offerings.

It is the people that make the whole economy so it’s vital to help them make the most of the blockchain technology. Explaining how blockchain can help people, Erol brings forward the most common friction between the people and the government which is, the absence of on-time delivery of public service. For example, delay in getting identity proof, real estate and vehicle transfer, and many such everyday transactions where people are required to visit the government office to get the documents stamped. It costs both time and money and is error-prone in the digital age.

Blockchain can be a welcoming and much-needed change. It can validate the information quickly, such as a person’s exact time of death or birth. As a result, the delivery of government services becomes much more effective and timely, states Erol.

Erol believes that the right people would need to understand blockchain’s foundation for others to get interested in it. For that, education is the key. Entrepreneurs and developers need to develop interfaces that let users establish interaction with the government more easily. It would be tremendously empowering for the citizens as their trust in the government and its services would rise. As for the government, blockchain solutions can help them meet their goals effectively.

Once the level of excitement and education is formed, the next challenge is to drive in the right collaborators for developing and delivering these solutions, says Erol.

Talking about transformation, Erol’s speech said that it is now imperative to have a more democratic and diversified digital economy, especially after the huge data compromise of Facebook. Blockchain can do the groundwork.

With blockchain, data is not only cryptically embedded but also stored in shared, transparent databases. No one can delete, tamper or modify the data. Each task, process, agreement, and payment will have digital signatures and records that can be validated, stored, identified and shared. It would make third-party services in the likes of brokers, bankers, and lawyers. Enterprises, machines, governments, and people would be able to interact and transact freely with each other with minimal friction.

Erol pointed out that it is quite unlikely that Bitcoin creator Satoshi Nakamoto who also developed blockchain’s first inception along with it, would’ve realized its possible applications’ scope with respect to a larger society. While concluding, he said that now all of us only need to wait and watch whether there is actually anything or merely potential to it.