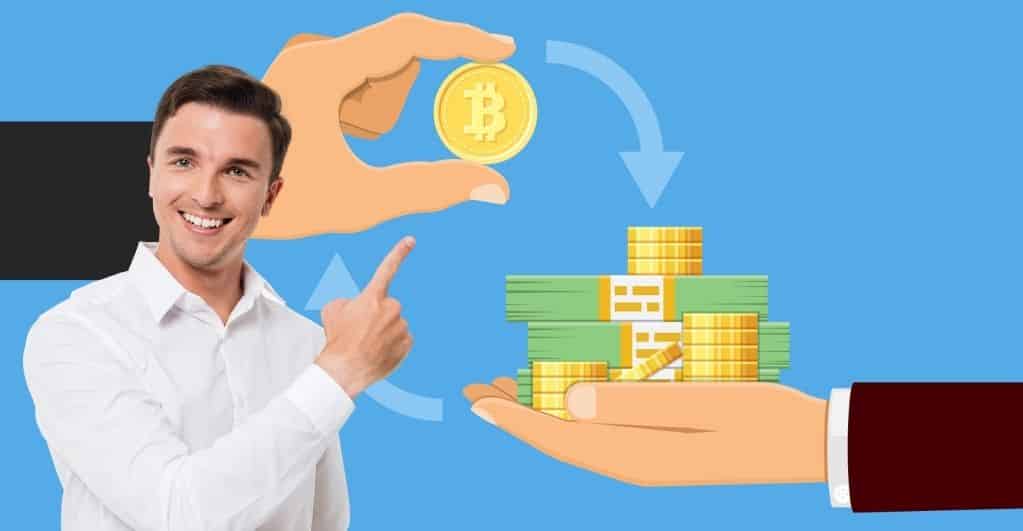 There are various ways to convert bitcoin into cash (fiat currencies like INR, USD, EUR, and GDP, etc.). Before converting, the user has to be specific about some of the following crucial factors:

In case the user wants to sell his bitcoins and get cash in person or directly credited to his bank account, these are the following ways he can do that:

Choosing a peer-to-peer platform allows for seamless conversion of bitcoin into cash. It includes selling your bitcoins directly to other people and exchanging them for your preferred fiat currency. The users need to first browse through various bitcoin listings to select the best offers from other users. To place an order effectively, the users need to first place their Bitcoin into the P2P wallet portion of their account. LocalBitcoins is an example of such a peer-to-peer exchange.

LocalBitcoins is a P2P Bitcoin exchange headquartered in Helsinki, Finland, and operating since 2012. The platform facilitates direct trading between buyers and sellers. Apart from allowing direct dealing between buyers and traders without intermediaries, LocalBitcoins also offers escrow services to protect bitcoin buyers and sellers. Users can decide how much they want to sell their Bitcoin and request any of their preferred payment methods like cash deposits, in-person cash, bank transfers, Paypal, gift vouchers, Payoneer, or Western Union, etc.

This is the easiest method to cash out bitcoins. The users first need to register in any third-party exchange brokers that support their country of residence. A broker exchange allows users to sell their bitcoins on the platform, and once the exchange receives the coins, the users can request a fiat currency withdrawal. Though it is a hassle-free way to cash out bitcoins, it may take up to 5 days to receive the fiat money. Coinbase is one of the famous broker exchanges for buying and selling cryptocurrencies.

The platform lets users sell Bitcoins for cash, which they can withdraw into their bank account. But users can only cash out their Bitcoin into a bank account that they have already used to buy bitcoin on Coinbase.

Cashing out bitcoin via an exchange involves a Sign-up and verification process that can be very lengthy at times; for those, using a bitcoin ATM for getting out physical cash can be a better option. Bitcoin ATMs are physical centers that allow traders to buy Bitcoins with fiat currency. Also, some ATMs let users sell their Bitcoins for local currencies too. There are over 4990 crypto ATMs across 76 countries worldwide, and therefore it is easy to locate a Bitcoin ATM nearby.

Thus, there are various ways to convert bitcoins into cash. If the users need to convert Bitcoin to fiat currencies to pay their day-to-day bills, they may sell them via broker exchanges. Cashing bitcoins via a broker exchange is convenient and more accessible, especially for crypto beginners. However, If you want to invest in Bitcoin to make profit form it then you must check out the Bitcoin Rush platform. It is a platform that will automate your trade and bring the best deals to you.