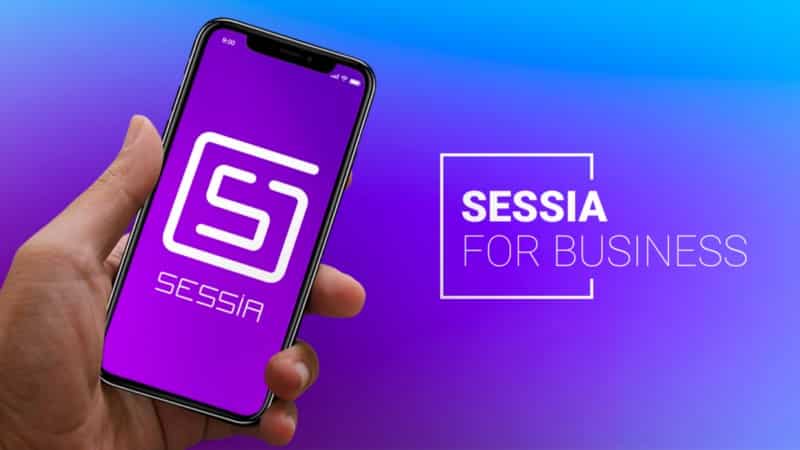 New York City, NY based Sessia is pleased to announce that they have already signed up 100 New York City-based Merchants since the recent launch of their revolutionary low-cost alternative to traditional forms of marketing. Utilizing their revolutionary proprietary platform and its blockchain cash-backs, businesses can create a flexible loyalty program that helps them understand their customers.

Our platform empowers users who can buy everything they need, and at the same time earn on their purchases through loyalty programs that can be set up by any business. Businesses profit too, as they receive free innovative software with options to advertise their products and services.

He further added that this dual-sided advantage is vital to the platform’s success and growth.

Thanks to Sessia’s reports, we started seeing a clear and comprehensible picture of our clients: who spends how much, on which products, how our customers’ activity is growing, at which times, which promotions contribute to growth, and so on. We’ve received an excellent tool for informing clients (Feed) and stimulating their activity.

Unfortunately, many people who have heard of blockchain technology have failed to see the potential revolutionary influence it can have on modern economies. Through blockchain, for instance, Sessia is able to guarantee the transparency and the safety of all transactions carried out on the platform around the globe. Using their platform, businesses can also save money on advertising, lowering the cost of selling their products. As Sessia is currently undergoing the Bitlicence (23 NYCRR 200.3) procedure, they currently use KickPoints, an internal currency, to carry out transactions within the US. This is because the platform is currently unable to conduct any transactions with cryptocurrency within the US or sell tokens to US residents.

We aren’t just developing the most revolutionary business app—we are changing the ecosystem of modern online sales. Now, any business, big or small, can not only attract new clients without the help of third parties but also promote loyalty, while clients can earn money from their own and their friends’ purchases.

Integration with Sessia has become a true revolution for us! New client registration and awarding of cash-backs takes mere seconds with the smart scanner: all we need to do is scan the client’s receipt, then scan the QR-code in Sessia! We are now registering hundreds of clients in our loyalty program daily!

Marketing Managers are always looking to leverage their loyalty programs to build brand reputation and increase turnover, and the numbers do not lie. For instance, American memberships topped 3.8 Billion in 2017. In Britain, almost 80% of adults belong to at least 1 loyalty program. Bringing individual loyalty programs together simply makes sense, to users as well as businesses. Sessia, with its first-mover advantage, makes it easy for all parties to make the switch now. Through the platform, businesses can recreate the more personalized and relevant experiences their best customers seek and take advantage of those who want the convenience and ease of a loyalty program with a global reach and footprint. Around the globe, Sessia has already signed up more than 250 merchants.

Consumers of Sessia like, Hưng Tran Thi Phục have left reviews stating, “the updates have been fantastic! The latest version provides more stability and convenience.” Obviously, this kind of feedback has been more than welcomed by Sessia—for both business owners and customers alike.

As consumers around the globe become more aware of the platform’s advantages, they will see the benefits of making the switch and likely to pay in cryptocurrency as well. From the consumer perspective, Sessia is a new type of social network that offers them the ability to earn as they buy and post. Notably, Sessia is currently being traded on two of the top cryptocurrency exchanges: Bitforex and Coineal.

For those who would like to evaluate this blockchain opportunity for themselves, Sessia hosts a full set of relevant documentation, white paper, and exchange listings on their website. They are also listed on Coin Gecko and CMC (CoinMarketCap). The company’s community groups can be found on Reddit, Twitter, Telegram, and Bitcoin Talk. Interested parties are invited to follow them on Twitter or their Facebook page for businesses, where they can see recent posts for new Businesses who have joined Sessia—like the LeBon Skin Lab, who are offering a 10% and 5% Kicks/KicksPoints for the new med spa in the heart of Manhattan. For more information, contact President of Sessia, Narek Sirakanyan directly.