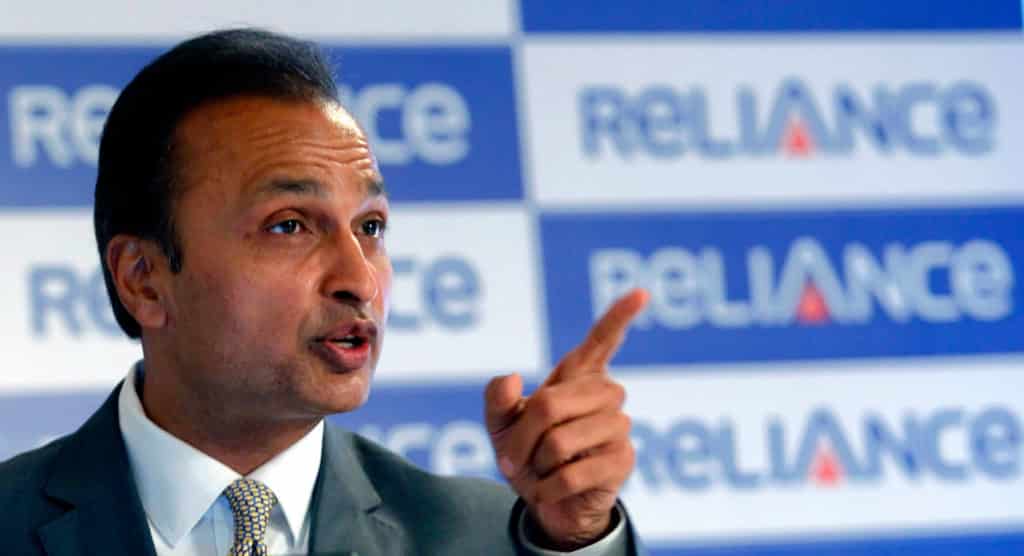 The Reliance Group of Industries, founded by Late Dhirubhai Ambani, is India’s biggest conglomerate ever and has placed India of the world map. Dhirubhai’s journey to success is the perfect dream-come-true saga. His mantra was simple and clear, “if you want to become rich quickly, you need to take big risks.” This is what he followed and became extremely successful.

Partition of the Reliance Empire

At the time of death, Dhirajlal “Dhirubhai” Hirachand Ambani had left an empire worth a staggering $6 billion and two successors, elder son Mukesh and younger son Anil. Soon after he passed away, both of his sons had an internal dispute which led to the most talked about partition in India’s post-independence history. In June 2005, Kokilaben Ambani, their mother, decide to equally divide the humungous empire among her sons.

As the conglomerate’s fortunes were divided equally, Anil Ambani bagged potential-filled companies such as Reliance Infrastructure, Reliance Communications, Reliance Capital and Reliance Natural Resources Limited. All of these sectors had great numbers back then and packed promising growth possibilities.

It was all Anil could ever want, and the future looked perfect. Unfortunately, that hasn’t been the case. Reliance Anil Dhirubhai Ambani Group has been falling substantially in the past few years, and the problems for the ailing conglomerate seem to be increasing day by day.

Reliance ADAG’s fall wasn’t a sudden one, but it happened gradually over the years. The global economic crisis of 2008 and some unfortunate decisions are the primary reason for this. Let’s analyze some of the biggest failures of the infamous conglomerate.

Reliance Communications, which was driven major by elder brother Mukesh before the partition, saw a decline over the years, with huge setback coming in 2016 as Jio Telecom emerged on the scene. The company is now in debt of over Rs 45,000 crore and was forced to shut its operations. One of the primary reasons why RCom failed is that it did not evolve, but the market and competitors did. It focused on cheap phones and usage charges for the masses while the market moved towards being more data-centric. Its competitors realized this and invested heavily in data and captured the boom of smartphones. From a peak of Rs 844.70 is January 2008, RCom shares kept declining, and today they are valued only at Rs 5.45.

Reliance Power was Anil Ambani’s dream project. In 2008, Reliance Power IPO created history by generating 50 lakh bids worth over Rs 7 lakh crore, and the issue was subscribed more than 72 times. It collected over Rs 11,563 crore from the IPO, with an issue price of Rs 450 per share. And then the global economic crisis began. Reliance Power shares, which were up at Rs 538 at open, closed at Rs 372.50. Hundreds of crores of rupees were lost by investors in a single day, making it the biggest IPO debacle of the modern era. Since then, the company could never recover. A Reliance Power share is now valued at Rs 11.05 only, which screams failure in itself.

Reliance Capital, another milking cow Anil acquired in the partition, has been under great depressions too. Stocks of the NBFC have been falling substantially over the past 2-3 years, causing great damage to the Reliance ADAG. At the company’s 32nd Annual General Meeting in September 2018, Anil Ambani said that the company was looking to reduce its debt by exiting all non-financial businesses. Following the announcement, the company lost a 17% share value in a single day ever since Reliance Capital has shown little to no sign of recovery.

Reliance Infrastructure has also been facing troubles for a very long time. It started as one of the biggest in the sector but gradually kept falling, especially during the global economic crisis. However, the last few months have been more devastating than ever. The share prices dropped by more than 50% to Rs 118.05 from a high of Rs 374 in November last year. CRISIL, one of the biggest credit rating firms in India, downgraded its ratings on Non-convertible debentures and bonds to ‘CRISIL D.’ The firm stated the irregular payments and defaulting on payments have led to the move.

All of this suggests that soon after the partition, the downfall of Reliance ADAG had started. The decline of Reliance Communications and the Reliance Power IPO debacle were two of the biggest blows to what was once one of the biggest Asian conglomerates.

On the other hand, big brother Mukesh, who got the family’s traditional oil refinery business, continued to grow steadily and has been among Asia’s richest persons. In contrast to Anil’s Reliance Communications, Mukesh placed heavy bets on telecommunications and data, by launching Jio Telecom. Jio went on to become the biggest telecom company in India within a span of only three years, giving a horrendous blow to established players including RCom.

Vexatious times don’t seem to end for the Anil Ambani group anytime soon. Instead, situations are worsening. Anil Ambani’s Reliance Defence has been center of the Rafael Deal controversy for a very time. Opposition leaders continuously have accused the government and Anil Ambani of corruption in the multi-billion dollar defense deal with French company Dassault Aviation.

Almost all companies of the Reliance ADAG group kept bleeding in January, and the trend continues. Only Reliance Nippon Life Asset Management Ltd (RNLAM Ltd) has been in the greens of late. As on 5th February, RNLAM Ltd was the lead gainer in the BSE ‘A’ group.

Nonetheless, the future for Anil Dhirubhai Ambani seems quite uncertain and worrisome. Hope the big brother comes to the rescue of his younger brother, putting the past disputes behind.