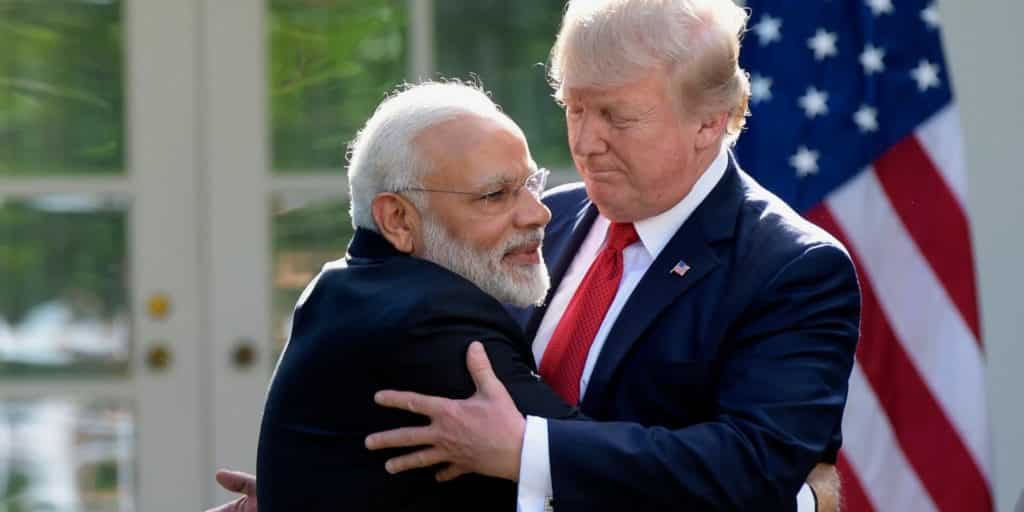 U.S. President Donald Trump is all set to put a stop to the special trade treatment for India, which allows the South Asian country to import duty-free goods worth $5.6 billion to the United States.

India has downplayed the U.S. President’s move and said it will be keeping away from talking about the tariffs while conversing with the U.S. However, the opposition party in India might use this opportunity to embarrass the Indian Prime Minister Narendra Modi ahead of the upcoming general elections.

Trump in an effort to reduce U.S. trade deficits has been calling India out on its high tariffs repeatedly. According to the U.S. officials, putting an end to the concessions allotted to India would take around sixty days after notifications are sent out to the Congress and the Indian government.

In a letter to the congressional leaders, Trump mentioned that he is taking this step after the considerable engagement between the United States and the Indian government. He also stated that he does not believe that India has offered enough assurance to the U.S. about reasonable and equitable access to the Indian markets.

India is the largest beneficiary of the GSP program in the world since the 1970s. The move by the U.S. to cut preferential treatment for India would be a strong move against the nation since Trump took office in 2017.

The planned action by the U.S. comes after the United States, and China seem to be close to a deal which will help result in rolling back tariffs on Chinese goods worth around $200 billion.

According to the U.S. Representative ‘s Office, India; removal from the GSP or the Generalized System of Preferences program will be effective only after 60 days, by when the notifications would be sent along with a presidential proclamation to the right offices.

This move by the U.S. will hit marine, farm and handicraft industries in China according to Ajay Sahai, the Director General at the Federation of Indian Export Organizations.

Being a part of the GSP program enabled India to get an annual benefit of around $190 million according to Anup Wadhawan, Commerce Secretary. However, the country does not plan to counter the move with retaliatory tariffs at the moment.

Although 3,700 products are covered under the GSP program, India used the concession of only 1,784 products. Countries that are not a part of the GSP program has to face U.S. tariffs of around two percent and upwards.