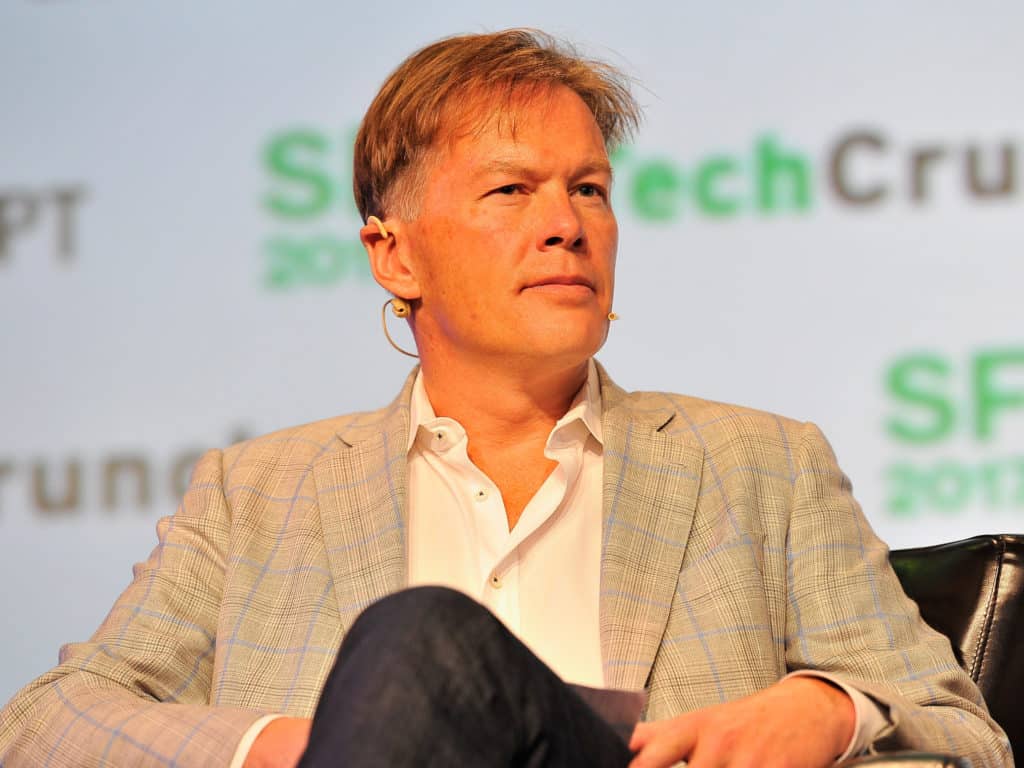 The CEO of bitcoin investment firm Pantera Capital, Dan Morehead, says everyone needs to relax about the current Crypto Winter. He also reminded about the past where the crypto space had witnessed similar bear markets before.

Morehead reminded the myopic industry that the crypto space had weathered similar bear markets before, and this one well for the future of blockchain and bitcoin. In Laura Shin’s podcast, Dan Morehead said, “This is our second Crypto Winter. There was one from 2014 to 2015. In the previous one, I had more of a worry in the pit of my stomach about whether blockchain was going to work. There were real regulatory risks.” He went on to add, “with this one, the underlying fundamentals are much, much stronger than they were in the 2014-2015 Crypto Winter.”

When talking about Pantera Capital’s investment decision, Dan Morehead claimed that the company makes its decision on investment based on a five to ten-year outlook. Hence its strategies are not affected by daily bitcoin price fluctuations.

“We are always trying to think [ahead] five to 10 years in our investing and looking at the positions that would do well over a long period, and we’re not trying to get wrapped up in the cycles of the price action” Morehead explained.

Though the impatient investors with day-trading mentalities and financial media wring their hands over hourly crypto prices changes, Dan Morehead is not sweating the current downturn. He believes that investments institutions will come eventually. However, he told that the current price fluctuation is deterring them from pulling the trigger. Dan Morehead recounted, “people have been talking for years about the impending institutional wave of money coming into the crypto market. I think we now have the required conditions for that to happen.” He added “institutional investors want to have a custodian that is well-known and regulated. We haven’t had that in the past.”

Dan Morehead says it will require big-name, institutional-grade custodians to bring institutional money into the market. However, he pointed that this is already happening, with ICE’s Bakkt and Fidelity making big moves into space.

Since all institutional investors are risk-averse in their investment decisions, Dan Morehead says they won’t start their bet on bitcoins until they see a rise in price. He pointed out that this goes against the frequently cited strategy to “buy low and sell high.”

As all these global institutions have a herd mentality and need external signs that an asset is worth investing in, we shouldn’t be expecting big money to pour in until the cryptocurrency prices start escalating.

“The big wave of institutional money will probably not start until prices start going up. We saw that in the two previous cycles. Crypto markets are even more extreme than the normal markets. The inflows into our bitcoin fund have been massively pro-cyclical.” He stated, “we launched the fund when bitcoin was at $65. Very few investors came into until the price got to $400 or $500. And then, when the price rose to $1,000 in 2013, we had massive inflows. And when the Crypto Winter hit in 2014-2015, it dried up.”

As we are in the middle of a very long bear market, Dan Morehead says it’s understandable that many investors are “sitting on the sidelines,” expecting the conditions to improve. But many of the analysts saying that it is the right time to invest in Bitcoin to earn more profit from it. To invest in it, Bitcoin Code is the perfect platform for you. It is an automated trading platform that can give you more profit than others. Check the Bitcoin Code Review to know more about it.

When questioned about how regulatory uncertainty affects the industry, Dan Morehead says that the CFTC and the IRS have already issued statements. The major resistance right now is the Securities and Exchange Commission.

“The SEC is in the middle of figuring out what standards to set on what things should be securities and what won’t be,” he says. “In the next six to nine months that will be sorted out. Once it’s clear, it’ll be easier for exchanges and investors to know how to handle these types of assets. I think in the next nine months, that will be sorted out.”

A senior diplomat from the United Arab Emirates denied on Thursday that the company had targeted American citizens or friendly companies in a cyber-spying program. A Reuters report was published on Wednesday. It reports that the UAE was using a group of American intelligence contractors to assist in hacking rival governments, human rights activists and dissidents. The contractors are former U.S. intelligence operatives and formed the key part of UAE’s cyber hacking program named Project raven. This hacking team of U.S. mercenaries was reportedly being used by the UAE government to hack other governments, dissidents.

Project Raven targeted Apple Inc iPhones of the embassy staff for Australia, France, the United Kingdom, as well as the United States. The program documents reviewed by Reuters established this.  Apple has not commented on the report and did not respond to a comment on Thursday.

When questioned about Project Raven by journalists at a press conference in New York, Anwar Gargash, the UAE Minister of State for Foreign Affairs acknowledged that the country had the cyber capability but did not target U.S. citizens or other countries with which it is on good terms currently.

Gargash also said that the Middle East is a difficult part of the world and that UAE needs to take the requisite measure to protect itself from others. He also mentioned that the UAE has no plans on targeting friendly countries or American citizens.  The UL and French embassies in Washington have not responded to a request for comment. Similarly, the Australian ministry of foreign affairs and the U.S. State Department has also declined to comment on the matter.

The Reuters report states that Project Raven includes a team of more than a dozen U.S. mercenaries who were recruited by the UAE government to engage in surveillance of militants, other governments as well as human rights activists who are critical of the monarchy.

The team was based in Abu Dhabi used methods they picked up in the U.S. intelligence community to hack into computers and phones of targeted people. The report includes interviews with nine former Project Raven operatives as well as a review of thousands of pages of emails and project documents. None of the sources interviewed by Reuters are Emirati citizens.

Project Raven made use of cyber tools to hack into iPhones of political leaders, suspected terrorists as well as activists. The ongoing cyber arms race in the Middle East has encouraged UAE to take strong steps like setting up Project Raven.