Home  |  Currencies  |  Understanding Bitcoin Mining- All You Need to Know

Understanding Bitcoin Mining- All You Need to Know 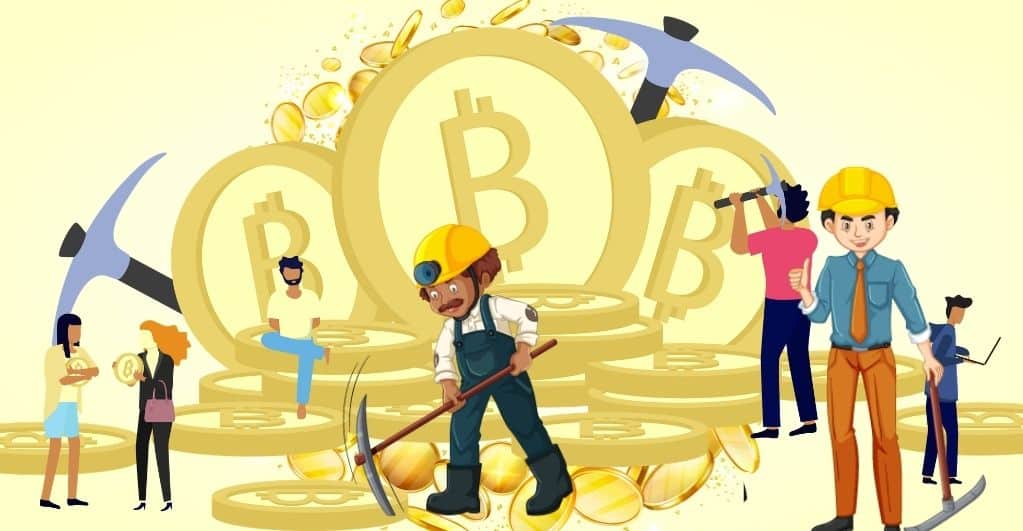 Crypto mining is pretty costly, meticulous, and occasionally rewarding. However, mining has an appeal that attracts many since cryptocurrency miners get rewarded for what they do with crypto tokens. Bitcoin mining refers to the procedure of verifying every Bitcoin transaction and recording it in a public blockchain ledger. The Bitcoin users verify every transaction in the Blockchain. Those with the needed computing power and hardware are known as miners.

To process every transaction safely, entities known as miners compete to answer complex mathematical problems. The one who successfully solves it adds one block to the Blockchain of Bitcoin and gets 6.25 Bitcoins in rewards. This reward is not only for the miners’ efforts, but the procedure of mining helps generate new Bitcoins and introduce them into circulation.

How Does Bitcoin Mining Work?

Bitcoin mining begins with the Blockchain. It is a decentralized ledger online that can record transactions all through a network. A set of approved Bitcoin transactions is known as a “block.” Such blocks are tied to make a “Chain.” Hence the term comes out to be Blockchain. In a Bitcoin network, the goal of a miner is to add separate blocks to the Blockchain. It occurs by solving complex mathematical problems. It calls for lots of electrical and computational power. Various miners compete to solve the problems, but only the one who solves it adds the block – together with approved transactions. This miner gets a reward of nearly 6.25 Bitcoins. Because of the inherent trouble in Bitcoin mining, there are many requirements for the real mining process.

How to Mine Bitcoins?

Miners get paid as auditors for their work. They verify the legality of every Bitcoin transaction that occurs. It helps keep the Bitcoin users honest. By validating Bitcoin transactions, miners help prevent the problem of “double-spending.” Double spending refers to the situation in which Bitcoin owners spend the same coin twice. It is not an issue with physical currency. But when it comes to digital currency, there is a big risk that the currency owner can make the digital token’s copy and send the copy to another party or a merchant while holding the original one.

Bitcoin miners check transactions to ensure that the users have not tried to spend a Bitcoin twice illegitimately. Once a Bitcoin miner has verified Bitcoin transactions of 1 Megabyte, the miner is eligible to get rewarded with Bitcoins’ set quantity.

Though it is rarely profitable and very difficult, Bitcoin mining is feasible. You can take the below-mentioned steps to start Bitcoin mining:

Calculate Your Profitability: The primary expenses include mining hardware and electricity costs. Any profits depend on the highly volatile value of Bitcoin.

Buy Mining Hardware: After you make the initial calculations, you can expect to spend hundreds or thousands of dollars on the mining hardware.

Select Mining Software: You then need a platform via which you may access the Blockchain. From there, you can also manage your mining. You can find many popular Bitcoin mining software in the market.

Install a Wallet: Once you mine Bitcoins, you will require storage known as a Bitcoin Wallet. With digital wallets, you can store Bitcoins inside the cloud. However, they are a popular target for cybercriminals. Offline wallets store Bitcoins on devices disconnected from the web, and hence, they offer more security.

Get Started: When you complete all the above steps, you can begin mining. You should check your equipment regularly to make sure that everything works properly.

Mining cryptos may look simple. Set up your computer to solve complicated mathematical puzzles, and you will get a coin or just a fraction of it. Initially, Bitcoin miners could earn coins faster using their computing power. However, by 2019, crypto mining became more involved and complex. With Bitcoin, the rewards become halved after every four years. Those who are serious about mining have built large arrays to mine, making it more difficult for the small miners. Even joining Bitcoin mining pools comes with some fees and reduces your profits.

Regardless of what you choose to mine, you will experience setup costs like a graphic card’s cost. You will also need to put a basic rig. You will use lots of power as well. Those having high electricity rates will spend a lot more to mine coins. Even in some of the cheapest states, the electricity prices involved in mining just one Bitcoin are over $3000. For places with higher electricity costs, it can take over $6000. It cuts down on your profits. And it can take many weeks or months to recoup your initial investment and be profitable. However, If you want to make money from Bitcoin then you must know about the Bitcoin Future – The trusted bitcoin robot. Check Bitcoin Future Reviews to know more further about this amazing platform.

Buying Bitcoins thinking that their value will appreciate is quite risky. Spending a lot in energy bills and investing in costly equipment to mine a single Bitcoin makes sense only if you believe that Bitcoin prices will rise more than your expenses. The cryptocurrency market is relatively young. So, keep every step in the Bitcoin mining market carefully.