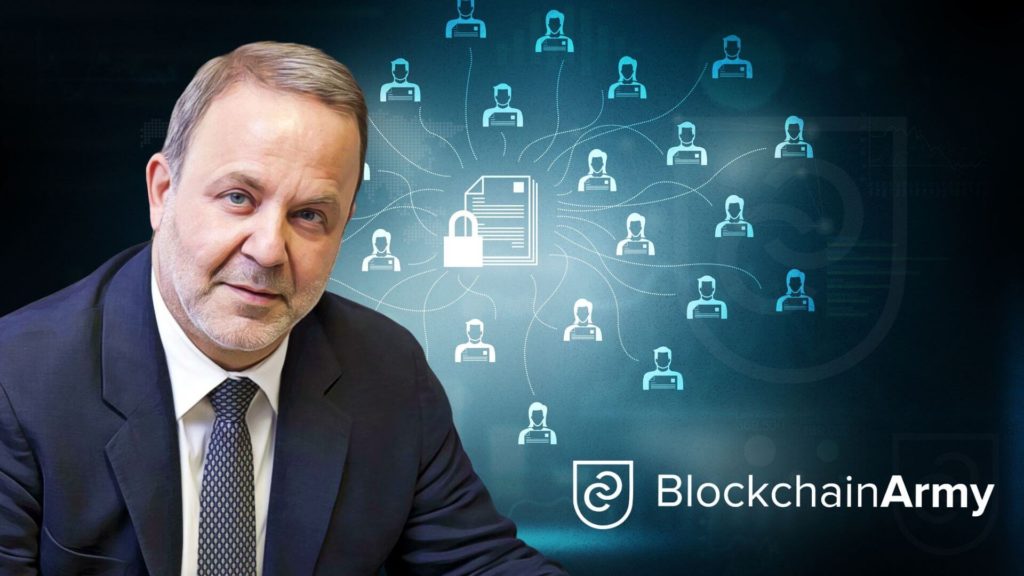 With its headquarters in Istanbul and Rotterdam city, BlockchainArmy provides blockchain consulting services and has a global clientele, features both regional and global representation. The trends that would influence blockchain technology in 2020 would be:

BaaS is a new trend that is associated with many startups and business enterprises already, as it has emerged as a useful innovation. It is a cloud-based service through which users can create their digital products by implementing blockchain technology. Digital products can range from smart contracts, decentralized applications (Dapps) to services that work without setup requirements of the whole blockchain infrastructure. Corporates like Amazon, Microsoft have already started developing a blockchain that provides this service.

In this type of blockchain, instead of one organization, multiple authorities can control the pre selected nodes of blockchain.

The transaction is processed when the selected few nodes validate the block, giving the private blockchain network a relatively customizable outlook.

Among cryptocurrencies, Bitcoin has always remained the most sought after. But gradually, stablecoins will become more attractive because of the volatile or unstable nature of Bitcoin. Blockchain stablecoins are being anticipated to grow manifold in their use and popularity in 2020 as a stable value is associated with such coins. An incentive to use stablecoins would be with the launch of Facebook’s ‘Libra.’ Although Libra is facing flak from its partners and their number is shrinking, but it is expected to overcome these challenges and take the use of stablecoin to new heights.

Blockchain is expected to enmesh itself with social media as the use of this technology can resolve various issues faced like scandals, privacy violations, data leak and control and relevance of content. The data published in social media can be securely protected with the use of blockchain as it would ensure that it remains untraceable and even after deletion cannot be duplicated. Users can be guaranteed secure storage of their data and controlled ownership, which in turn ensures privacy protection. Blockchain can also help content creators to keep a check on content relevance than owners of the platform. However, social media platforms have to be convinced enough to implement this and one such example in this regard is kisakisa.com that uses AI (Artificial Intelligence) and blockchain, which would gradually emerge as a trend.

Government authorities who have to manage and keep a record of huge quantum of data would also gradually find the idea of distributed ledger very useful. Every department has to maintain their databases and constantly coordinate with each other for any other information. Blockchain technology can be used for an efficient data management system that would improve the efficiency and functioning of different government agencies. By 2022, as estimated by Gartner, “more than a billion people will have some data about them stored on a blockchain, but they may not be aware of it.” It is also anticipated that national cryptocurrencies would be developed and naturally, governments will have to acknowledge the benefits of blockchain-based currencies and adopt blockchain technology.

Financial institutions are expected to use more of blockchain technology for traditional banking operations, and a PWC report anticipates that almost 77% of such institutions would ‘adopt blockchain technology as part of an in-production system or process by 2020’. There are various benefits of this adoption for the banking sector like fast transactions at lesser costs, reduction of bureaucratic control and delays, and improved secrecy.Banking industries are expected to earn US$1 billion from the use of blockchain-based cryptocurrencies by 2020. New cryptocurrencies launched can be regulated by the monetary policy in such a way that the competitive advantage of standalone cryptocurrencies is reduced.

AI is also anticipated to be integrated with blockchain, which would bring in more applications and improve technology in general. Blockchain has the power to evolve AI into a more cogent and comprehensible, especially in the context of why and how certain decisions are made in machine learning. All data that is used for decision making can be stored by blockchain just as AI can improve the efficiency of blockchain than humans or standard computing can and some examples of AI implementation in blockchain are smart computing power, creating diverse data sets, data protection, data monetization, etc..

Blockchain experts would face increased demand, as the pace at which this technology is growing is far more than the number of people skilled in its’ use. With the growing demand for blockchain experts, many would enroll for blockchain courses in universities and colleges. Although many institutions have started providing these, the number is not enough to keep up with the demand. Therefore certain enterprises have also come up with training programs to make use of their existing workforce, who would undergo skill training in blockchain technology.

As internet use and internet-connected devices are growing every day, the need for security and data protection would also keep growing because currently, the IoT (Internet of Things) network faces this vulnerability. IoT based companies would adopt more of blockchain as it provides many benefits like security, public nature of the network and decentralized operation that can resolve many issues and therefore, blockchain would become increasingly associated with IoT.