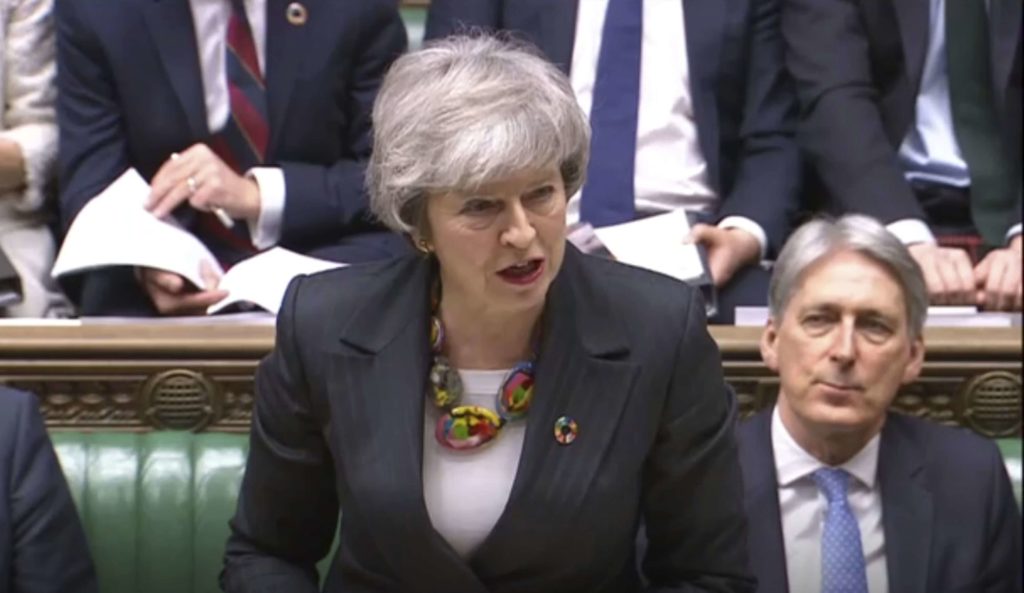 As the deadline for the United Kingdom’s exit from the European Union of 29th March approaches, the political class in the country has seen itself lurching from one crisis to the next and in a fresh twist, it has now emerged that there is a real possibility that the whole thing could no be delayed. The UK has not been able to agree to a deal with the EU, and while the possibility of a ‘no deal’ could be disastrous for the economy, the British Prime Minister Theresa May could also delay the exit if she wants.

May has repeatedly struggled to garner the votes from the British parliament as regards to the exit deal that had been agreed earlier. According to reports, she may have even met German Chancellor Angela Merkel at the EU/Arab Summit in Egypt today, and there is speculation that the subject of extending the talks with EU may have been broached by May.

In the past, the PM had insisted that she was not looking to delay the exit at all and was going to stick to the deadline. However, she may not have been aware of the difficulties in pushing through the EU deal in parliament. Tobias Ellwood who is a defense minister in the British government spoke about the issue on radio. He confirmed some of the worst fears of those who are in favor of Brexit. Ellwood said, “If we cannot get this deal across the line, we are facing the prospect of having to extend.”

However, the alternative for the UK is to exit the EU without a deal, and that would have disastrous consequences according to most experts. Economists have already warned that a no deal Brexit would plunge the country into an economic black hole. Businesses, including those at key supermarket chains, have stated that they are in no position to stockpile fresh food items for more than a few days and a no deal Brexit could lead to food shortages in the country.

The political climate in the UK is volatile at the moment, and there have been reports that certain Members of Parliament want to take over the Brexit proceedings from Theresa May and her cabinet. Some Brexit-supporting politicians have gone so far as to say that the integrity of the British political system will be tarnished if there is any delay. Conservative Party member Bernard Jenkin stated, “I think it would be disastrous if we had a delay. I think that faith in our politics – what faith is left in it – would evaporate.”