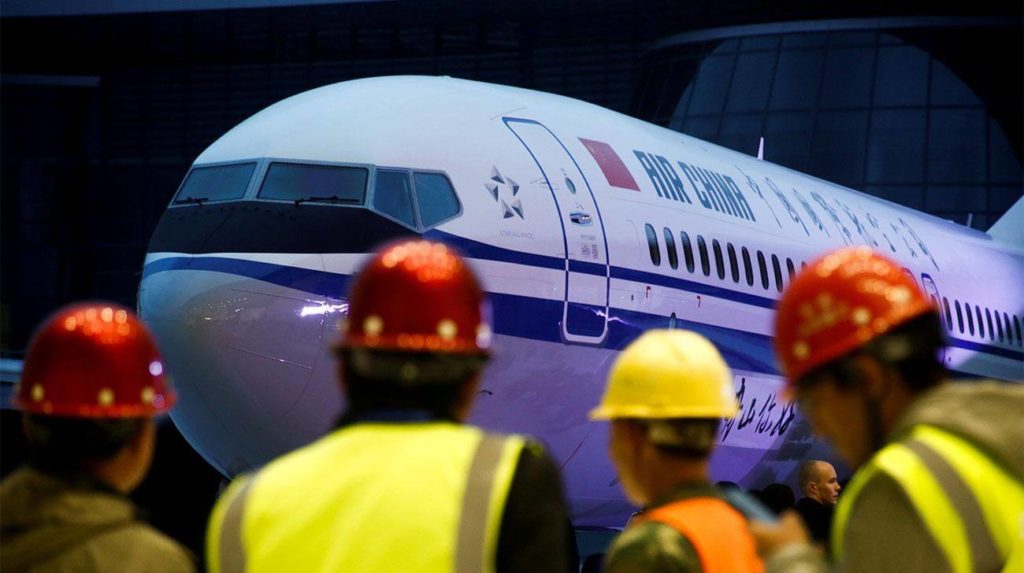 After the deadly and tragic air crash of a Boeing plane, China’s civil aviation regulator declared that it had given order Chinese airlines to suspend the commercial operations of all Boeing 737 MAX aircraft.

The Ethiopian Airlines has confirmed that it had stationed its Boeing 737 MAX 8 fleet until further notice. It had tweeted the same on Twitter as well. It should be noted that one of its MAX 8 jets bound for Nairobi crashed just after taking off. The accident took 157 lives on board. This makes the second crash of the 737 MAX. It is the upgraded version of Boeing’s workhorse narrow-body jet that first entered service in 2017.

“Although we don’t yet know the cause of the crash, we had to decide to ground the particular fleet as an extra safety precaution,” Ethiopian Airlines said.

As per the company, it possesses four 737 MAX 8 jets excluding the crashed one. In October last year, a 737 MAX flew by Indonesian budget carrier crashed minutes after taking off in Jakarta killing all 189 passengers and crew members.

“Given that two accidents both involved newly delivered Boeing 737-8 planes and happened during take-off phase, they have some degree of similarity,” the CAAC said. It also added that the recent order to ground the jets have been in consonance with its principle of zero-tolerance on safety hazards.

Though the cause of the Indonesian crash still investigated, a preliminary report made from the recorded voice in the cockpit focused on airline maintenance and training and the response of a Boeing anti-stall system to a recently replaced sensor. But, the preliminary report did not furnish the exact reason for the crash.

As per the regulator, the Chinese airlines have 96 737 MAX jets in service. According to a local news site, many aviation companies planning to use 737 MAX planes would instead use the 737-800 models. However, a Boeing spokesperson has declined the request for comment.

Although, the U.S. official said that they were not sure on what grounds China has grounded the Boeing aircraft. He also said there were no plans to follow suit given the 737 MAX had a stellar safety record in the United States, and there was not enough information about the cause of the Ethiopian crash.