Home  |  Currencies  |  Cryptojacking: Learn About the Evil Side of Cryptocurrency Industry

Cryptojacking: Learn About the Evil Side of Cryptocurrency Industry 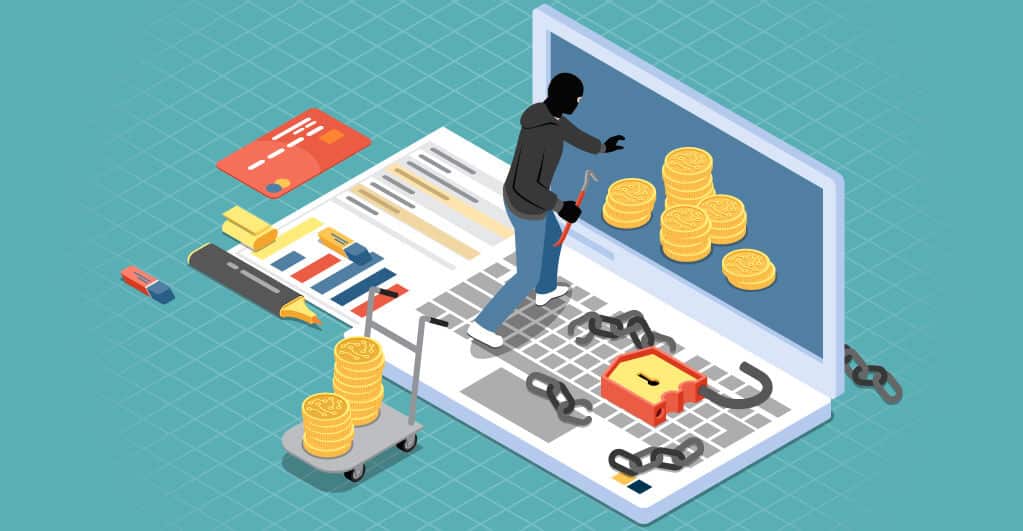 With the increasing frenzy around cryptocurrency, there seems to be an infiltration of cybercriminals as well. In the form of cryptojacking, they have been carrying out the illegal act surreptitiously. And this is certainly a cause of concern given the huge amount of money invested in this trade.

So what is this Cryptojacking?

It is an act of ‘malicious cryptomining’ spreading pretty fast online. It is a booming danger that is going to jeopardize people. Hackers basically use someone’s computer or smartphone to mine cryptocurrency, without the individual’s consent or knowledge.

Since mining cryptocurrency is an intricate process, hackers resort to many techniques intending to cryptojack. Cryptomining is done in such a manner that most of the time, the victim does not even realize that the device has been used.

Some Instances of reported Cryptojacking

Cryptojacking is becoming so rampant that it is a matter of serious concern. Adguard, in November 2017, reported a 31 percent growth rate for in-browser cryptojacking. 33000 websites were found that ran cryptomining scripts.

Bad Packets was reported to have found 34474 sites running Coinhive in February 2018. Coinhive is the most popular JavaScript miner used for legitimate cryptomining activity.

Following this, Check Point Software Technologies in July 2018, detected 4 of the top 10 malwares to be crypto miners; Cryptoloot and Coinhive being the top 2.

In March 2018, GitHub users were supposedly targetted by cryptojackers. MassMiner campaign by the Panda threat group took place in May 2018. This group is into mining Monero cryptocurrency.

The Bangladesh Embassy website was reportedly under cryptomining attack around February 2019. Linus servers were reported to deliver Golang malware in June 2019, wherein a Chinese e-commerce website had stored the malware.

A cloud threat defense company named Redlock had discovered that cybercriminals breached a public cloud environment to mine cryptocurrencies. The cloud was owned by Tesla.

How is cryptojacking done?

To explain in simple terms, what the hackers do is get into other people’s computers and set them to work trawling the web. This process utilizes the computer’s resources to carry out mining cryptocurrencies.

Positive Technology’s Cybersecurity Threatscape Q1 2019 reported 7% attacks, and that cybercriminals have moved to the use of ransomware-like maneuver and infect or poison websites to bug the employees’ computers in order to mine cryptocurrencies.

2 kinds of cryptomining attacks have been in vogue since 2018

A cybercriminal can install the malware in anyone’s computer without authorization. This results in CPU usage to rise excessively as mining of cryptocurrencies starts with its installation. This gets done so surreptitiously that the device owner does not even realize that it has happened.

The hackers trick victims into loading cryptomining code through strategies such as: Say someone gets an email with a link asking to click on it. This link is meant to run the code on the computer making its way to cryptomining script. The latter then runs on the background as you work on your computer. Such fake emails are rampant nowadays. It will tempt users to click on the link in the garb of something important.

The most used tactics these days by cybercriminals. There are websites that take advantage of their users’ internet connections users’ knowledge, enabling the third party to use the computer.

X-Force witnessed quite a few browser-based mining in 2018. This was greater than the malware-based variety, making it a 2:1 ratio.

The challenge with this strategy is that cryptojacking makes it very hard for the organizations to detect and remove it due to its malevolent scripts, and also because it is based outside the organization’s zone of control.

The script can also be injected through an ad that is shown multiple times on websites.

However, unlike many other kinds of malware, cryptojacking scripts do not harm computers’ or victims’ data. CPU processing resource gets stolen, though.

How can you find out if you have a cryptominer installed?

In order to detect cryptojacking, what you can do is keep an eye on whether your device is experiencing excessive heating, responding pretty slowly, and if there is a high CPU usage.

How to curb Cryptojacking?

There are ways to protect your computer from cryptomining attacks.

It is advisable to protect your hardware against cryptojacking by escaping an attack. At times, standards firewalls are not that effective to guard the systems. Bigger organizations must try to invest in advanced intrusion prevention systems and next-generation firewalls.

If this seems too expensive for individuals or for enterprises with a comparatively smaller scale, then go for enhanced vigilance and make sure that the firewall is updated at all times. Nd conducts a root-cause analysis whenever you suspect an attack. This will certainly aid in avoiding future attacks.