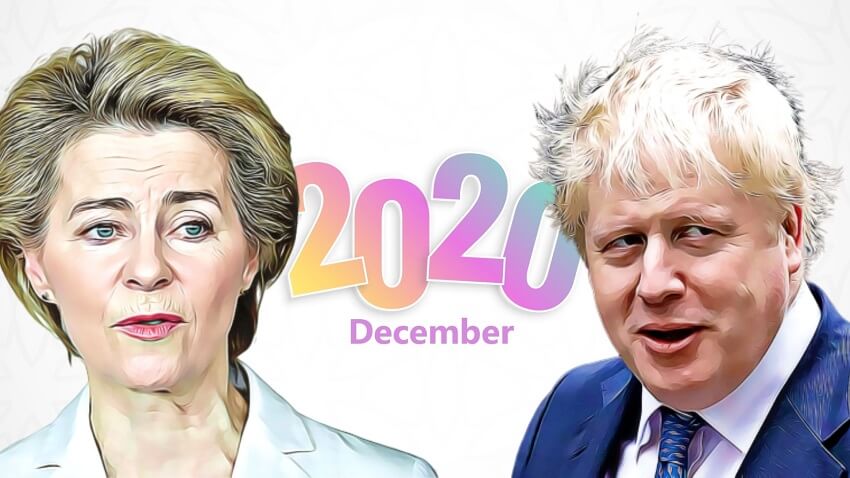 The European Union has recently disclosed its capability until March, to begin a deal on free trade with Britain.

Regarding the time duration for the deal, Eric Mamer, the chief spokesman from the union, commented,

The commission can adopt its proposal for the negotiation directives only once the UK has actually withdrawn from the EU. But then there is still an institutional process for these to be adopted by the (European) Council. This we know will take some time, which is why we have said we will start negotiations as quickly as we can, but it will certainly not be before the end of February and beginning of March.

This is not slowing down or speeding up of the process. This is simply the nature of the institutional process and the consultations that need to take place before the negotiation directives can be formally adopted.

These were the things that raised further skepticism pertaining to the truce between the parties. This briefing happened prior to the Brexit transition period ends in the month of December. And most officials also agree on the fact that a year’s time is less for the deal to happen.

This also stirred retaliation from the president of European Commission Ursula von der Leyen. She spoke to the audience from the London School of Economics a while ago that it might not be feasible to resolve all the issues of the future relationship of England with the EU before the intended date. Also, Boris Johnson during talks with Von der Leyen in Downing street earlier, said that extension of the transition period into 2021 might not happen.

A representative from his office said that they could strike the discussions with nations worldwide starting February 1st. And that they were already ready for it. He also said that the EU would have to undergo a number of processes before they can do the necessary discussion with them.

Chancellor Sajid Javid said that there wouldn’t be any adhering to the rules of the EU after Brexit and asserted businesses to getting used to the new setting.

Britain is supposed to leave the EU after the ratification of the agreement is done before this month-end. The agreement caters to the protocols of the UK’s exit from the EU. Thereafter it will go ahead in the next phase and transition period of the final settlement regarding the relationship prospects.

In response, Mr. Mamer spoke that Britain might have to settle with limited access in the EU’s single market in case it is persistent on its plans to diverge. He said that they already had this discussion many times and have made their status extremely clear. He says,

I think both sides have expressed their positions very clearly and, hence, I have nothing to add to the comments that were made this weekend.