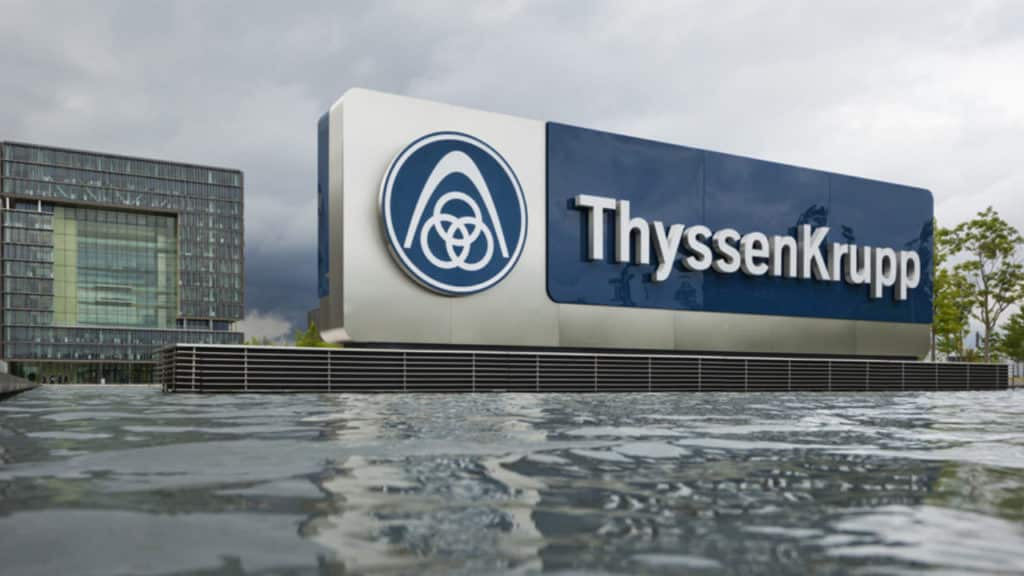 German conglomerate ThyssenKrupp on Friday said that it will no longer be considering a merger with India’s steel giant Tata but will look for a partner so that the company can continue its operations. The German giant will also cut more than 6000 jobs worldwide. It said that there were concerns from the European Commission which had made the merger deal not possible. If the merger with Tata had gone on as planned, ThyssenKrupp would have become the second largest steel company in Europe after ArcelorMittal and also become a force to reckon against the Chinese steel companies.

After abandoning the plans of the merger, it said that it would no longer offer any concessions to get the go-ahead from Brussels but instead said that it will now concentrate on making it a holding company and list its stocks in the market and also transform is elevator business which is the main business for them. The CEO of the company Guido Kerkhoff said that the company would introduce a new program which would include job cuts of 4k in Germany. He also said that the company is in a position where it has to make some major changes due to change conditions.

Tata in a statement said that it was disappointed that the European Commission did not approve the joint venture. Both companies had earlier agreed not to make any more concessions to Brussels as it was reaching a point where it no longer made economic sense for the two companies to continue with the venture. ThyssenKrupp’s restructuring was based on the merger and had to dump the plan of splitting the company into two groups called Industry and Materials.

Now that the company has decided not to split into two groups, the CEO has now an added headache of simplifying the business which is currently complex. ThyssenKrupp had earlier warned investors that there will be a negative cash flow in the current year and is now banking on its elevator business for its rescue. The company will release the forecast on Tuesday along with numbers for the second quarter for 2019. The elevator business has a sales of 7.7 billion euros and employs more than 50,000 people globally.

The CEO also did not divulge any details of the IPO of its elevator business and said:

“as to the right price and the right time, we can’t say anything.”