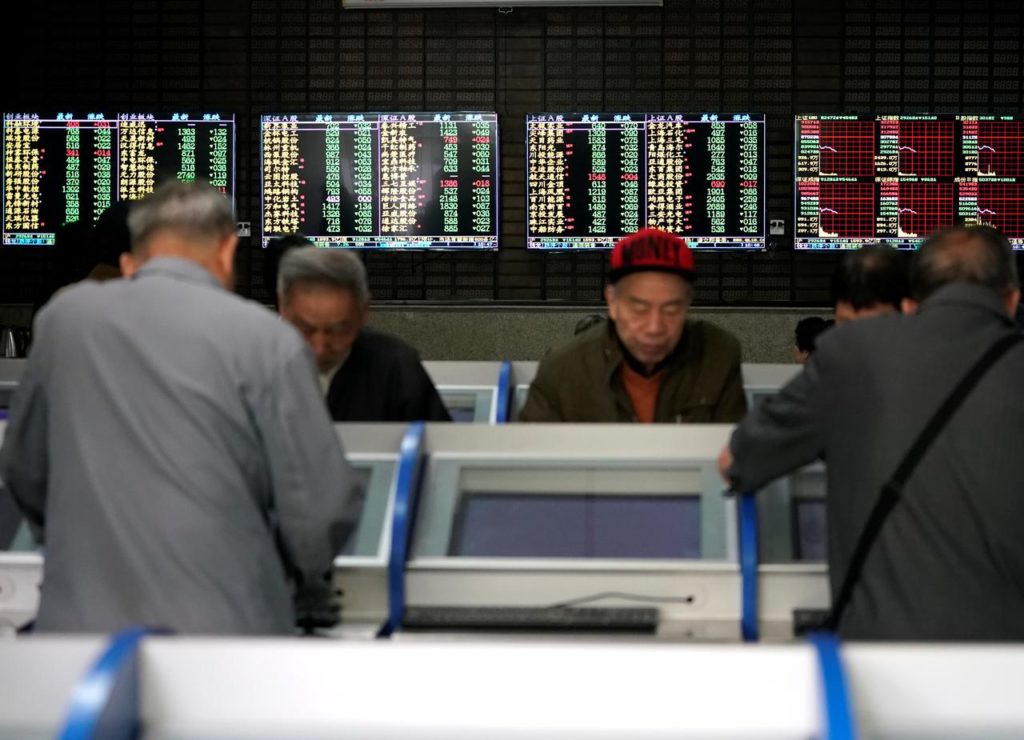 There is anxiety among investors that the trade deal between the US and China will lead to the global slowdown and with that the markets fell especially the Asian equities. Investors were seen keener on putting their money on government bonds which are considered a safer bet in a volatile market.

In the global markets

Japan’s Nikkei fell by 0.9%. Asia-Pacific shares broadest index, MCSI which three weeks back had reached a 9 month high after the Chinese posted a strong export data and was expecting the trade deal to end amicable soon saw a reduction of 0.55% after reaching its lowest since March. The Shanghai Composite also fell by 0.1% on the same fears. The Australian stocks which follow the Chinese index also saw a fall of 0.4%. The South Korean KOSPI reduced by 0.3%.

The global stocks were down after Trump tweeted saying the talks were moving very slowly and also that he could impose $250 billion tariffs on Chinese products. Also, US officials stated the Beijing was backtracking on its commitments it had earlier made leading to further tensions on what turn the talks will take.

The investors started to invest in the government bonds which is considered safe, and its prices began to rise, but the yields fell. The long-term yields of US Treasuries, JGBs and the German bunds yields fell to a four week low with the Japanese long-term yields at -0.055%.

After the Trump administration made the threat of imposing tariffs on China, the crude oil prices which were riding high dropped. But with the US imposing sanctions on Iran and Venezuela and the OPEC reducing the production of oil, the oil prices can rise but for now the there is a reduction in its prices. The US WTI crude futures were at $61.88 for a barrel, and the Brent crude oil futures were at $70.26 for a barrel.