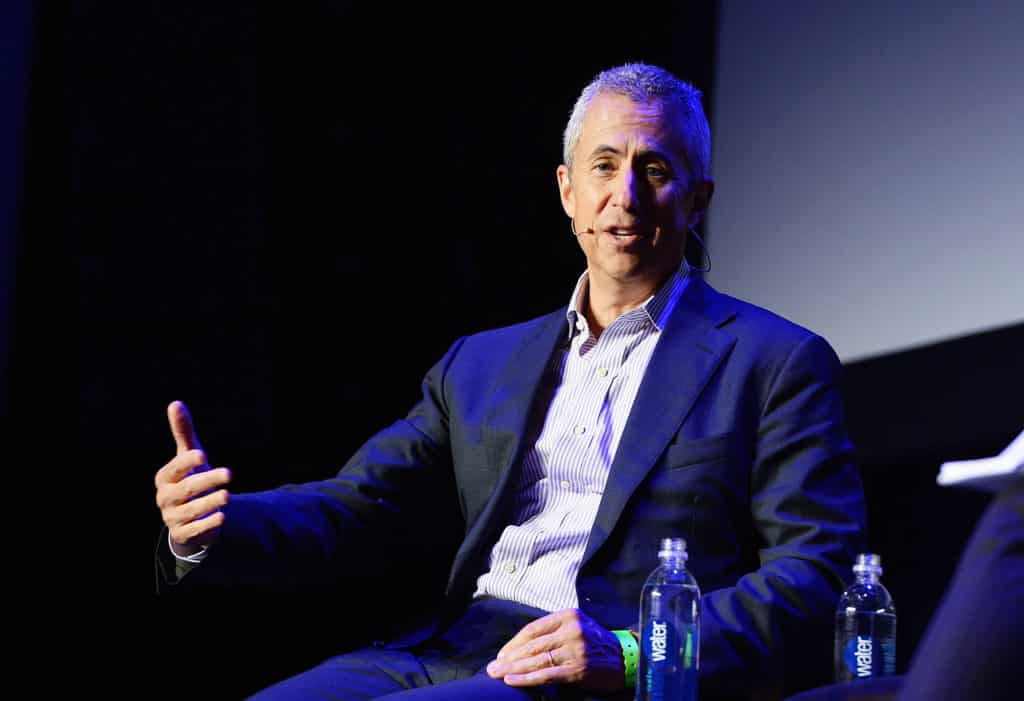 Daniel Meyer a New York City restaurateur and also the Chief Executive Officer of the Union Square Hospitality Group (USHG), he is considered as one of the mightiest people in the food-service industry. But he didn’t reach that prestigious place without raising some questions against long-established rules. He also took some high risks throughout his career. He also says some of his most top achievements came from breaking tradition.

His first bold and robust move was when he told his parents in the early ’80 that he is going to “be a restaurant guy” and not a lawyer.

Since then his efforts have not reduced. On considering Meyer’s 34-year old career, he had transformed the restaurant industry, prohibiting smoking at Union Square Cafe 12 years before it became law, exclusion of tipping throughout its New York restaurants and offering a paid four-week parental leave policy. He was far ahead in this field. The guiding principle of Danny giving priority to the employees first has shaped USHG’s development from a small group of restaurants into a multi-featured hospitality organization. This new idea of business with Hospitality Included has created to compensate the restaurant team more fairly and professionally while providing a clear way for professional development.

Daniel Meyer reveals that being an explorer is not always easy. After Meyer stated in 2016 that he is moving to a gratuity-included business structure, about 40 percent of his front of house staff members left the company, and a lawsuit was filed against him. A top New York restaurateurs by a diner, claim that these “restaurant owners are engaged in a sophisticated unlawful conspiracy to put that money into their own pockets” and that their loyal leader is Meyer, who initiated it all.

The lawsuit was abandoned, and no tipping approach has been implemented widely.

He adds, “You’re going to have to be an idiot not to question yourself along the way because if it were that obvious and that easy, others would have done it already ahead of you. But I’ve never asked or second-guessed the reasons for which we did this, which was to professionalize an industry.”

With all his achievements it’s surprising to know Daniel was once fearful of expanding.

“I didn’t want to go bankrupt like my dad had gone bankrupt, and I always associated his business bankruptcy—in the travel business, in his case—with having expanded, and there are thousands and thousands of businesses which have expanded. The expansion itself is not the reason you go bankrupt, and I didn’t know enough about business to understand.”

In the initial stage of his development, Meyer accepts that he had a lot to learn, “It was not a hit right off the bat,” he said. “The first month and a half were bleak enough and slow enough that I was giving subsidies to certain servers and bartenders and cooks on our team to make sure they would stay, even though they were not making all that much money.”

The restaurant becomes known to people when New York Times restaurant critic Bryan Miller gave the café a two-star rating. Meyer and Miller said to know each other earlier. “We went from 0 to 60 overnight,” Meyer said. But still, it was tough for Daniel to expand for nearly a decade.

“When my dad died, which was five years after Union Square Cafe opened, in an interesting way, it put me in a position where I had to come to grips with, ‘I’m not my dad; I can expand someday.'”

Then a sudden breakthrough came after meeting a young, talented chef named Tom Colicchio — who later started the Craft Line of restaurants and co-hosted the reality show Top Chef. Tom has motivated Meyer to go a step ahead in his career.

“Those two things together put me in a position where I said, ‘You know what? It’s time. I’m going to do it.’ … It was a really powerful moment going from one to two restaurants.”

In 2004 Meyer was facing his big challenge of shifting from fine dining to fine burgers in a street side setup. Daniel explains that Shake Shack was created in a commitment to society and the need to motivate people to visit Madison Square Park.

Starting as a hot dog stood inside Madison Square Park in 2001, Shake Shack has developed within three years, spreading its menu to add hamburgers, fries, and milkshakes. Meyers refers to use the same quality ingredients in his burgers as he uses in his restaurant. The Shake Shack went high to gain more popularity in 2014 and made about $445 million in turnover annually.

Still, Daniel says, “I think Shake Shack took about five years for us to figure it out.”

It is to be noted that in 2012 Meyer stood down as CEO and USHG’s director of operations then Randy Garutti, started to take over the day-to-day operations.

Meyer still thinks about how life would have turned around if he had not known Miller, the New York Times restaurant critic, back in 1985.

“I always had a sense that maybe the only reason Union Square Café had been successful for those ten years was that I had known the restaurant critic before opening the restaurant, which is crazy.

Each time something works, I say, ‘Why did it work? How much of that was luck?’ There’s luck in everything you do, and to try to prove it to myself, [I think] that if we somehow climb that mountain, could we potentially climb one that’s a little steeper or a little bit higher — that continues to motivate me to this day.”

Danny has been known for his leadership, business skills, and humanitarianism that includes the 2017 Julia Child Award, the 2015 TIME 100 “Most Influential People” list, the 2012 Aspen Institute Preston Robert Tisch Award in Civic Leadership, the 2011 NYU Lewis Rudin Award for Exemplary Service to New York City, and the 2000 IFMA Gold Plate Award. Danny and USHG’s restaurants and individuals have won a James Beard Awards, Outstanding Restaurateur (2005) and Who’s Who of Food and Beverage in America (1996).