Markets hopes for a positive resolution to the ongoing trade war 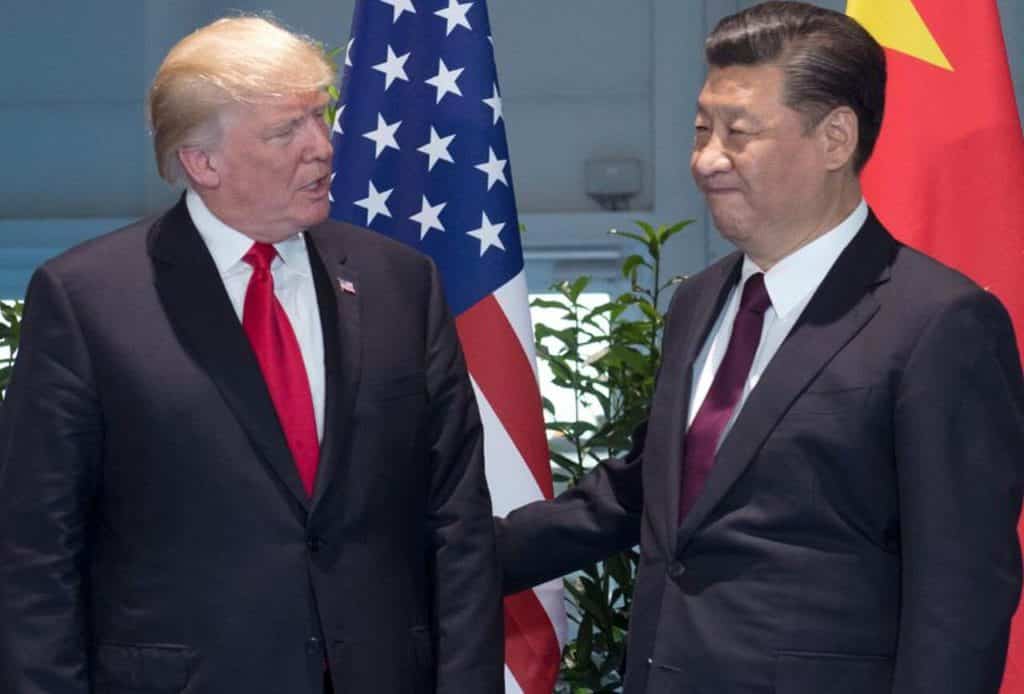 When there is enormous tension on trade building between the US and China, Market expectations for U.S.-China trade talks have moved such that they would now praise any outcome that lacked the Trump administration raising more tariffs on March 1, says Hannah Anderson, a global market strategist at J.P. Morgan Asset Management.

Markets have been highly strung for months since trade tensions between the world’s two largest economies are increasing. American representatives led by Treasury Secretary Steven Mnuchin and U.S. Trade Representative Robert Lighthizer are all set for a meeting in Beijing this week with Chinese Vice Premier Liu He and his administration. The discussions are expected to come to a conclusion on Friday.

The markets are hoping for a positive resolution to the ongoing trade war. Investors will now be happy if Washington opts merely to push back on time limit for extra tariff penalty on China, Anderson said.

“I believe we have seen expectations move from assuming China and the U.S. will resolve their differences during this 90-day negotiating period to assuming that talks would be a success if the U.S. doesn’t raise or apply more tariffs on March 1,” she said. “This shift reflects how easy it would be for policymakers to move the goalpost and declare victory — and how eager markets, fatigued after a year of trade headlines, are to move trade issues to the back burner.”

The Asian stocks trade result was low on Friday after a decrease in U.S. stocks. It is said to be the worst retail sales report after 2009. The U.S. stocks moved forward on Friday which increased hope for a U.S.-China trade deal.

In the past week, Bloomberg, citing sources, said President Trump is discussing for a 60-day extension on the deadline for trade talks before higher tariffs to get implemented. The reports from South China Morning Post said The Chinese President Xi Jinping is planned to meet with the United States delegation on Friday.

A China Ministry of Commerce spokesperson would not give details on the ongoing trade talks during a press conference on Thursday.

The U.S. and China became struck in a trade issue last year. It first began when the Trump administration announced tariffs on $250 billion Chinese goods in order to decrease the U.S. trade slip with the Asian giant. Beijing also responded back with increased tariffs on $110 billion Unites States goods.

“Smaller deals on specific aspects of the larger trading relationship, rather than one deal to resolve all complaints, are likely throughout the year. Markets may have to accept trade headlines are here to stay.”

After a few months, the conversation on trade concentrated more on the U.S. accusing on how China tend to serve foreign companies which include longstanding economic structural problems and intellectual property rights.

Trump’s latest deal was not planned to increase tariffs as said at the beginning of 2019 if both sides could reach a conclusion on “forced technology transfer, intellectual property protection, non-tariff barriers, cyber intrusions and cyber theft, services and agriculture” within 90 days, according to the White House.

But the media reports about ongoing discussions between the US and China in Beijing will take more than a few months to resolve.

Implementation is also a major question for China which has not fulfilled its promises that it made two decades ago at the time it met the World Trade Organization.

While it is encouraging that the U.S. seems to be leaning toward giving policymakers more time to reach a settlement, the U.S. delegation appears to be holding firm on its view that greater Chinese purchases of U.S. goods and protection for U.S. intellectual property are meaningless without mechanisms to ensure China lives up to its promises,” Anderson said. “China, understandably wary of being tied to too strict of a timeline, has resisted such demands in the past.”

“This is not to say a deal is impossible, but the grand bargain the U.S. administration has been angling for remains a long way off. Smaller deals on specific aspects of the larger trading relationship, rather than one deal to resolve all complaints, are likely throughout the year,” she added. “Markets may have to accept trade headlines are here to stay.”