Home  |  Economy  |  No US Delegation to Davos World Economic Forum

No US Delegation to Davos World Economic Forum 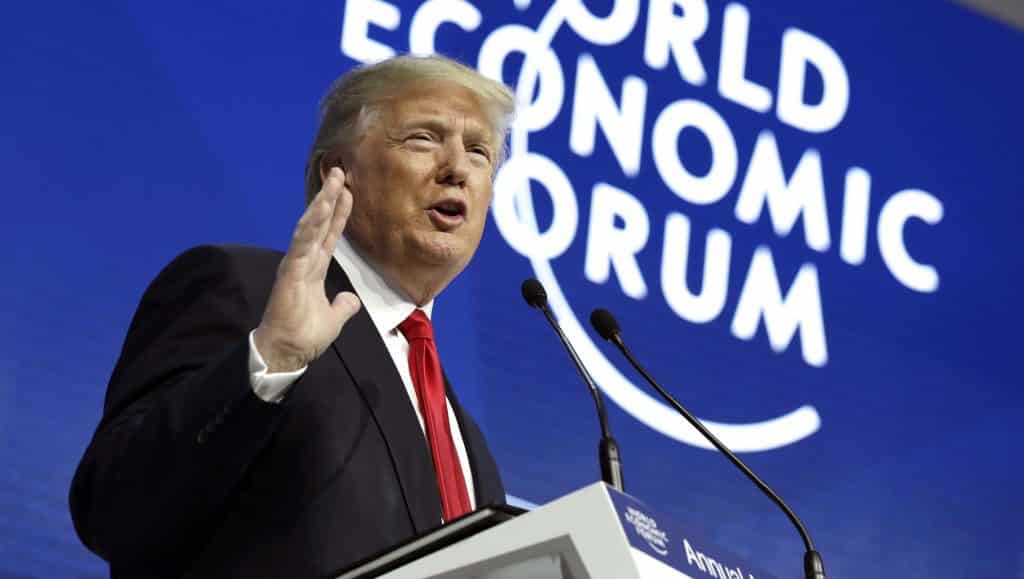 The United States President has decided not to send any delegation to the annual World Economic Conference that is being held in Davos, Switzerland. The President took this decision in the wake of the ongoing government shutdown. Sarah Sander who is the press secretary released a statement saying ‘Out of consideration for the 800,000 American workers not receiving pay and to ensure his team can assist as needed; President Trump has canceled his trip to the World Economic Forum in Davos.

The conference that is held annually meets to set a plan to bring greater collaboration among countries and also to address the economic, political and society related problems amicably. This event sees the gathering of many world leaders and top business executives, every year they have a theme and this year’s theme is Globalization 4.0: Shaping a Global Architecture in the Age of the Fourth Industrial Revolution.”

Earlier in the week, Trump had announced that he would not attend the event in the wake of his ongoing tussle with the Democrats over raising money for the border which led to the US government partial shutdown. What was surprising is that only a few days back White House had released the names of the delegation it planned to send to the event. It was to be led by Steven Mnuchin who is the Treasury secretary. It also included deputy chief of staff for policy and coordination, Chris Lidell, Mike Pompeo the secretary of state, Robert Lightizer the US trade representative and Wilbur Ross, the secretary of commerce.

Apart from the Davos event, the overseas trip to Afghanistan, Brussels, and Egypt which was to be taken by Nancy Pelosi who is the Speaker of the House were postponed by the President just before they were to leave in a military plane. This comes after Trump received a letter from a California Democrat to address the session in writing or reschedule the Union address to the Congress.

Trump had written a sharp letter to Pelosi saying that the trip to Egypt, Afghanistan, and Brussels had to be postponed and this 7-day excursion can be rescheduled to when the shutdown is over. He also mentioned in the letter that it would be better if Pelosi stayed in Washington helping in negotiations to bring to close the shutdown.

In reply to this letter, a spokesperson from the office of Pelosi said that the purpose of the visit was to ‘express appreciation and thanks to the men and women in uniform for their service and dedication’ and that there was no plan to visit Egypt.