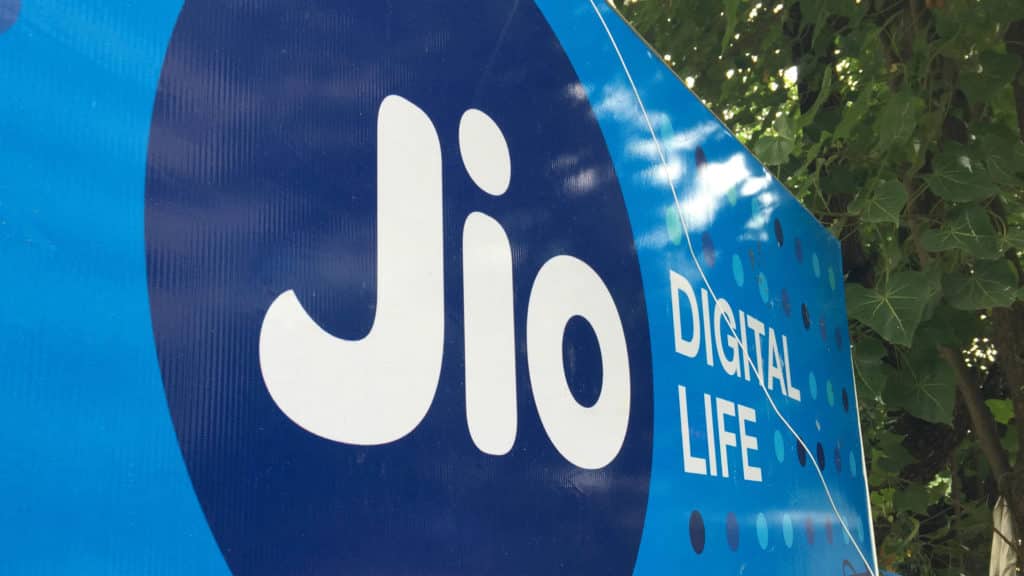 Vodafone Group CEO Nick Reads had claimed that Vodafone was the only beneficiary of the telecom regulator’s decisions, responding to this statement Reliance Jio has said that, the statement is false and further criticized the major rival companies of the country Vodafone-Idea and Airtel Bharti for killing the competition long back before it launched the telecom services in September 2016. Vodafone is a United Kingdom-based company that operates its unit in India.

President of Reliance Jio, Mathew Oommen aiming at the comments of Sunil Mittal, the Chairman of Bharti Airtel over the optical fiber joint venture partnership with Vodafone Idea stating that, if a single company is not able to perform the task then two companies working together in a partnership may not be able to implement it. It’s all about end results and solutions and not about the partnership. He also mentioned that Jio has more and better fiber connectivity as compared to rival companies.

Meanwhile, the chairman of Reliance Industries Mukesh Ambani, who controls Reliance Jio has supported the rival telecom companies over the 5G spectrum price issue and also seeks for reducing the 5G spectrum prices. It is a unique observation wherein the major telecom companies of the country stand united over the matter and mostly against the Telecom Regulatory Authority of India (TRAI).

The CEO of Vodafone Group alleged that the decisions taken by the regulators has harmed all the telecom carriers and Jio stays unharmed. On this, Mathew Oommen mentioned that the Indian government and the regulator were dynamic and if anyone is intended to provide over fake news then they can go ahead with it.

Vodafone and Idea Cellular are in partnership since last year, and Bharti Airtel had criticized Reliance Jio for their free call services, and data pack offers with low rates. The Reliance Jio free call services were permitted by the TRAI, and this decision had damaged the earnings and revenues of service providers and further led to series of issues and consolidation, this also made the three private companies become two, by reducing the number of private companies. Mathew Oommen mentioned that what major authorities could not do is the one that we did, nothing but just connected with the unconnected one and we don’t believe that it is improper rather it is very much appropriate to the customers. He also dismissed the comments of Nick who had said that the current cost of telecom services in India was artificially very less and all the three major telecom companies should meet and discuss on increasing tariffs rates.

Responding to the comments of Nick, Mathew Oommen said that, that is not going to be implemented, that is a plot. The tariffs should be considered depending upon the expectations of customers and not by getting the telecom companies together to discuss over it.

He also mentioned that in India 400 millions of people are still required to be connected to the internet, and the price war was far from over. The Indian people can afford the metric, and I don’t believe that it is the right time to make any changes in the tariff plans.

Mathew said that the IUC rates were reduced by half by the TRAI to six paise in minutes from October 1, 2017, onwards and eliminated it for all native calls from January 1, 2020; an exchange that was acclaimed by Jio and criticized by its rivals. Around 12 to 15 telecom operators have vanished. When Jio launched its services in September 2016, how many of the telecom service carriers were literally powerful? During 2016, there were only two operators Airtel and Idea who were stronger and were destroying every operator.

Mathew Oommen further said that, even before Jio launched its telecom services, Airtel and Idea had already ruined the telecom environment of India and had profited from high Interconnect Usage Charges (IUC) and had also rejected the points of interconnection.

However, TRAI has fixed a base price of 5G airwaves to around 492 crore rupees each unit in bands between 3300- 3600 MHz, the price is more than seven times bigger than 65 crore rupees a unit in the latest 5G auction held in South Korea.

The Chairman of TRAI, RS Sharma has announced that they support the pricing proposal and fully stand by it even when the Department of Telecommunications pushed for a lower price rate.

Few analysts say that the reason for the unity among the three telecom operators over the spectrum pricing issue could be because they might have huge debts that could be affecting their balance sheets.

The debt of Vodafone-Idea is more than its earnings, nearly 25 times than earnings, before tax, depreciation, interest and amortization. The debt of Jio is 6.9 times more, and Airtel is 4.2 times higher. Due to this, all telecom operators are finding at alternative ways to increase funds via rights issues or asset sales.

Mathew Oommen said in a statement that, the initial cost of 5G spectrum in India which will be auctioned later in this year is relatively high as compared to other countries and this would adversely affect the deployment of wi-fi broadband generation.