Home  |  Breakingviews  |  The US Gets To Watch Super Blood Wolf Moon

The US Gets To Watch Super Blood Wolf Moon 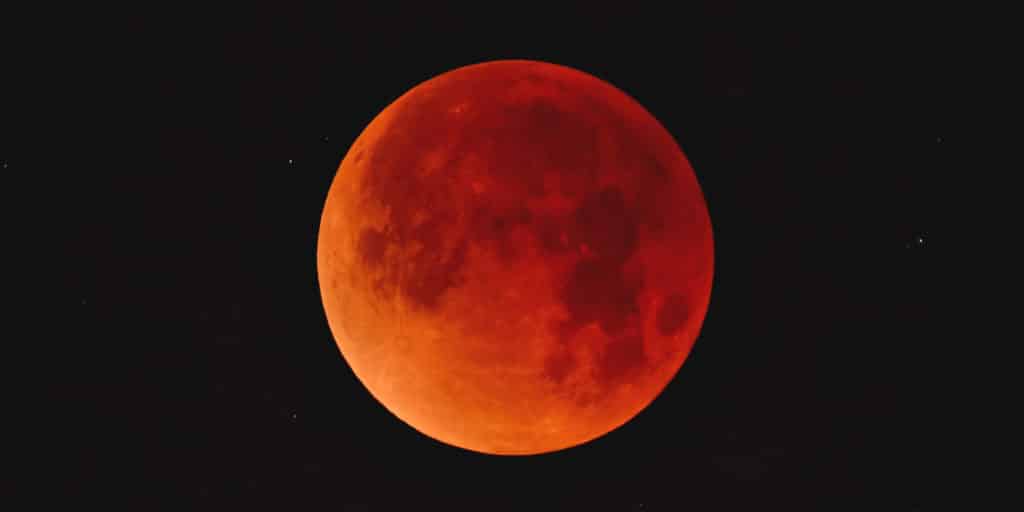 Sky gazers in North America got a celestial treat this Sunday as they got to see the moon eclipse and turn blood red. There were many places where the weather got too cold and played spoilsport, skywatchers at the Griffith Observatory, Los Angeles got the best view of the full lunar eclipse which turned reddish-orange on a Super Blood Wolf Moon. For those who missed this opportunity, the next total eclipse will happen only in 2021 and North Americans will be able to see this spectacle in 2022.

Los Angeles was among the few places where the weather was warm and the skies clear to see the earth eclipsing the moon. Other skywatchers in central and north-east of the United States were left disappointed as there was a flash freeze wave which left the roads icy and skies cloudy. Other than Los Angeles, Philadelphia was also one of the few places which were a great location to watch the total solar eclipse.

How did it get this name?

The word ‘Super’ is because of the massive size of the moon which appears much bigger than what it normally is on a typical evening. This massive size happens only a couple of times in a year. The ‘wolf’ moon is what the Native Americans used to call it traditionally, and a full moon that appears in January is called a wolf moon. It was mainly because this month saw wolf activity like howling increase. The moon that appears every month had a name given, for example, March moon was called Worm Moon.

The other specialty of the solar eclipse that happened on Sunday was that it was reddish-orange in color which is due to the angle of the light. Anthony Perez, senior director for MOSI, explains that the angle that the light travels brings this reddish color the same way at sunset you get a red-colored sky. Moreover, the red light has a longer wavelength and thus gets through while the shorter wavelength of the blue and yellow light gets blocked by the air.