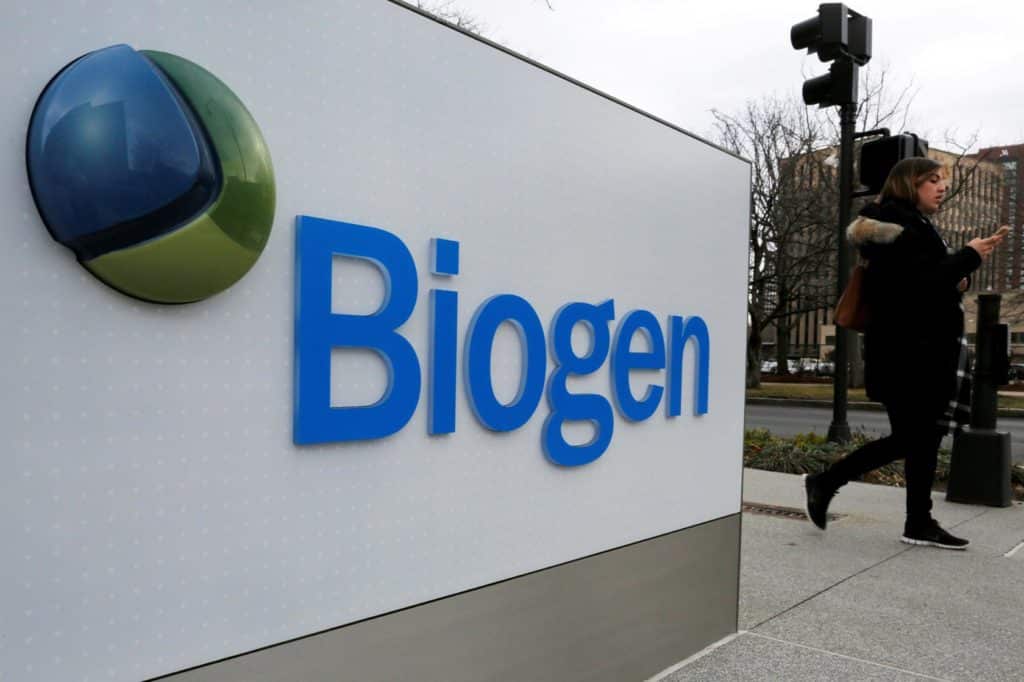 Biogen Inc saw $18 billion wiped off in value in the stock market as the pharmaceutical company, and its partner, Essai Co. Ltd, stated that they were suspending the trials for two drugs for Alzheimer’s treatment. This is a huge setback for Biogen as the successful testing of the experimental drugs could have propelled the company into a dominant position in the pharmaceutical industry.

The drug, known as aducanumab, was regarded as a possible cure for Alzheimer and the final stage of testing involved checking whether the drug actually did remove amyloid from the brain of those suffering from the disease. Afterward, an independent committee looked into the data related to the testing and concluded that there was no chance of the drug succeeding. Consequently, testing was suspended on both the drugs and following the announcement, the blood bath begun in the stock market. Biogen shares tanked by as much as 30% as $18 billion in value went up in smoke.

The testing for aducanumab had proven to be promising in the early stages and in turn, it led to investor optimism regarding the success of the drug. This success of this particular drug could have proven to be a huge lifeline for Biogen as it fights off patent issues and stiff competition in other segments of their business. Brian Abrahams, who is an analyst at RBC Capital Markets stated that it is a pivotal failure for the company. In his research note, he stated,

“We view this as a transformative failure for Biogen’s pipeline.”

On the other hand, he went on to add, that the Biogen’s shares could decline further as more and more investors try to make an exit after buying in, in the hopes of a historic breakthrough. Abrahams wrote,

“Investors owned Biogen to not miss out on what could have been one of the biggest blockbuster products in the pipeline of large biopharma.”

Millions of people all over the world are affected by Alzheimer’s and in the United States alone; 5.7 million people suffer from the debilitating disease. If Biogen had been successful in bringing the medicine to the market, then the particular drug would have become the biggest selling pharmaceutical product in the world in the blink of an eye. The CEO of Biogen Michel Vounatsos said,

“This disappointing news confirms the complexity of treating Alzheimer’s disease and the need to further advance knowledge in neuroscience.”