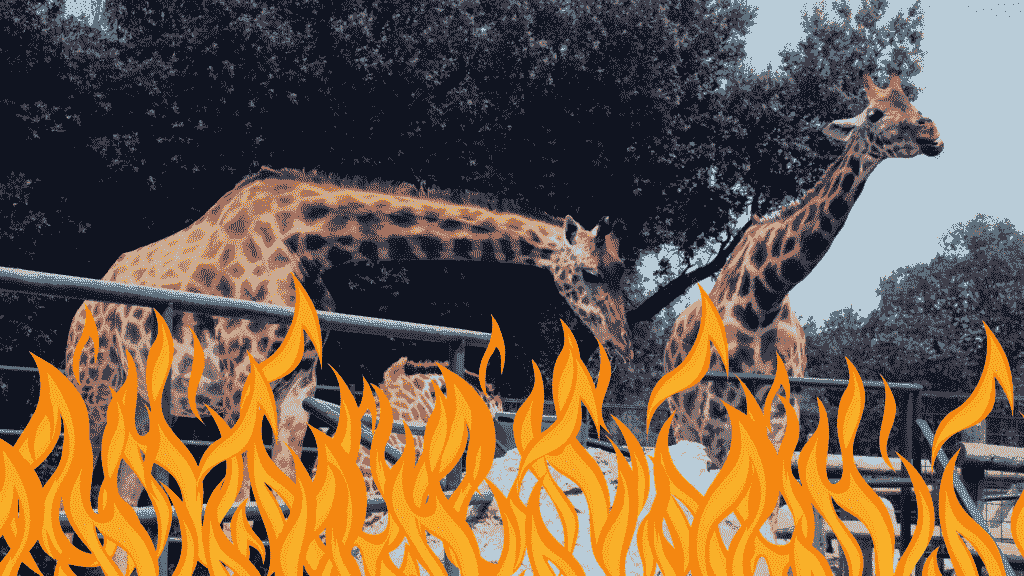 In heart-breaking news that took place yesterday at Ohio Zoo, at least ten exotic animals lost their lives due to a horrific barn fire. In the disturbing visuals that surfaced on social media, giraffes and antelopes were seen running helplessly for cover. The news sent shockwaves in Ohio.

The fire had occurred at a barn used for overnight care and security of animals at the zoo. The fire broke out around 6:15 pm in the zoo.

According to fire officials, when they arrived at the zoo to douse the fire, they noticed a zebra running for life, a giraffe stood at the pond and the entire barn was engulfed in high flames. However, the animals that were running loose were later taken to safe places.

The remaining animals of the park, estimated to be around 300 including elk, llamas, deer, alpacas etc, did not sustain any injury in the horrific incident. Apart from this, another zebra that was kept in an overhang outside the barn has been saved.

As of now, the park has been shut for the Thanksgiving holiday. Meanwhile, there is no report of any human injury in the park’s fire.

According to the latest reports, the fire was still not extinguished fully till late Thursday but was under control. Meanwhile, firefighters on the scene are leaving no stone unturned to douse it completely. A large number of fire departments were stationed at the scene till evening.

The cause of the fire remains unknown.