Home  |  FXpert  |  As per the IEA report the U.S. to become Top Crude Producer

As per the IEA report the U.S. to become Top Crude Producer 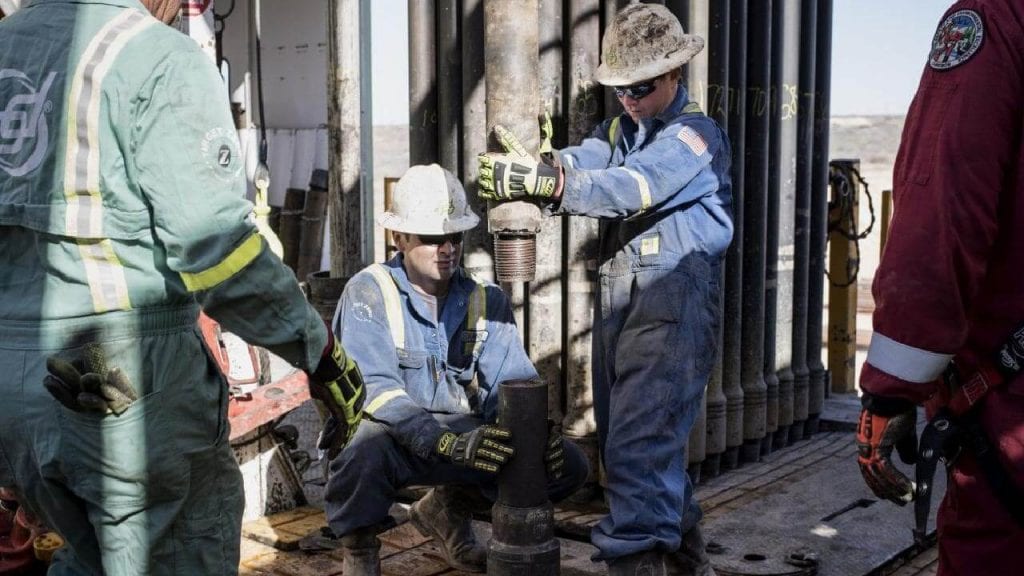 The IEA report was released just after the OPEC, and non-OPEC members declared to cut further the oil supply.

The nine large oil exporters including the leader Saudi Arabia along with Russia have started cutting oil supply by 1.2 million barrels per day from the start of this year. And this cutting in the exports has been the new normal for OPEC countries.

IEA in its report said as the other two giants Russia and Saudi Arabia have been cutting output, the U.S., already the biggest liquids supplier, will reinforce its leadership as the world’s number one crude producer.

It also added that by the middle of this year, the output of U.S. in crude oil might become more than Saudi Arabia or Russia individually.

As per the latest statistics, the international benchmark Brent crude traded at around $61.69 Friday morning, up 0.8 percent, while U.S. West Texas Intermediate (WTI) was at $52.56, almost 1 percent higher.

Brent Crude has fallen almost by 30 percent since climbing to the highest point of $86.29 in early October last year, while WTI is down more than 31 percent over the same period.

The collapse in the oil market has been worsened by factors like oversupply, as well as a stock market slump amid worries over rising U.S. interest rates.

These factors have prompted the OPEC and non-OPEC members to lower the output at the beginning of the year in an attempt to fix a floor under falling oil prices.

U.S. crude production has increased in a recent couple of months. It soared by more than 2 million b/d to an unprecedented 11.9 million b/d.

The IEA also said that the estimates for the global demand growth in 2018 and 2019 are unchanged at 1.3 million b/d and 1.4 million b/d, respectively.

It also said that the impacts of the high oil prices on the economy are cooling off and it should help the global economy to recover more.

And as per a report from OPEC, its production had fallen last month. This has helped the energy market to overcome the prolonged fear of oversupply.

According to OPEC’s report, oil supplies from OPEC nations plunged by 751,000 barrels per day to nearly 31.6 million bpd.

It is indeed a good sign for not only the energy sector but also for the global economy. The total control of one segment of the market which possesses vital importance is not a good sign for the global market. The more it would be diversified and segregated, it would be better for the oil importing nations. Adding to the woes of the importing countries, the recent sanctions on Iran by the United States are also impacting it hugely.