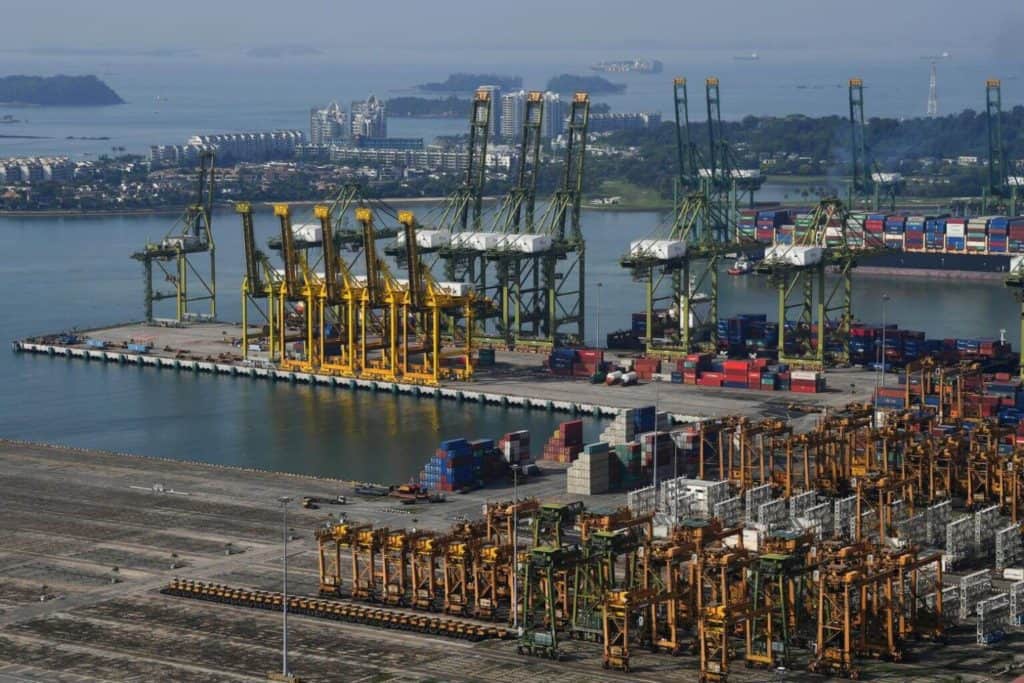 Singapore had shown weakness in its exports numbers over the past few months, but despite predictions on the contrary, export figures showed year on year growth for the month of February. In January, the export figures reflected the largest fall in exports in several years and had forced economists to revise their forecasts. That being said, electronics exports still generated disappointing numbers but at the same time, experts believe that much of it has to do with declining global demand and may not be due to a specific issue related to Singapore.

The latest data was released by the country’s leading trade agency known as Enterprise Singapore and according to the report non oil exports rose by 4.9% in February year on year. This comes as a huge turnaround for Singapore considering the fact that export figures had declined sharply for the previous three months. Much of the improvement could be attributed to the trade war between the United States and China. In February, the exports to China rose sharply to ensure that Singapore recorded a staggering 10.1% rise in exports from the lows of January. According to a Reuters’ poll, economists had projected a fall in 3.4% for the month of February.

That being said, the weakness in electronics exports should remain a cause of concerns for the policymakers in Singapore. Barnabas Gan, who is an economist at United Overseas Bank, stated “What we are more concerned about is the lacklustre print in electronic exports. This reinforces our view for the continued fading of the tech boom that is seen broadly across Asia.” Electronics exports declined by 8% in the month of February but it was still a massive improvement from the 15.9% decline back in January.

However, a closer look at the figures shows that the unexpected turnaround in February is largely down to the massive uptick in exports to China. The year on year rise in volume of exports to China rose by a staggering 34.4% in February, while in January it had recorded a dismal 25.4% decline. Additionally, exports to the United States also showed a marked improvement. Exports to the US went up by 6.6% while in January it had declined by as much as 4.6%. These figures maybe a cause for optimism in Singapore but is also being speculated that the central bank of the city-state might now have to loosen its belt a bit. ING stated in a memo, “With the wind of global central banks easing blowing, the MAS (Monetary Authority of Singapore) will find it hard to remain on the tightening path.”