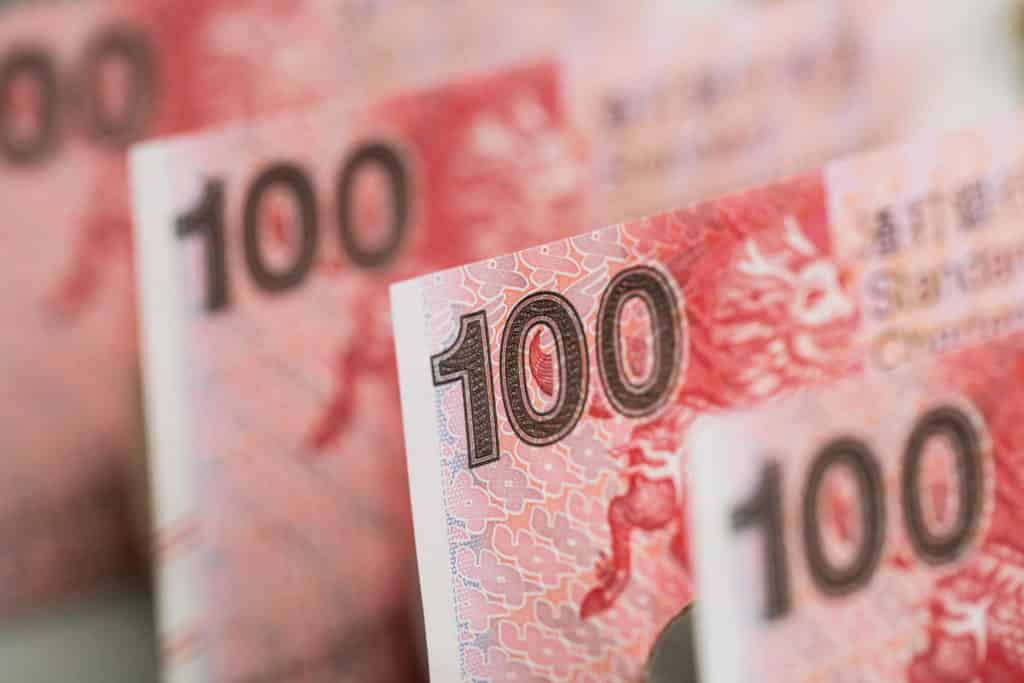 Hong Kong’s currency hit the lower end of its trading band over the past week, thereby requiring intervention that ran to $700 million. However, analysts do not believe that the currency intervention round will be over anytime soon.

In the past ten years, the liquidity measure has swung between HK$71 billion and HK$71 billion. This makes it difficult for analysts to determine how low the city’s aggregate balance needs to go before the banks start experiencing a funding squeeze.

In order for Hibor to rise sharply, the aggregate balance will need to drop at least below HK$20.  Currently, it is just around HK$70 billion, yet the gap between the United States borrowing and Hong Kong costs remain the same. This means that there is nothing that can stop traders from selling the Hong Kong dollar and purchasing the higher yielding U.S. dollar.

According to Kevin Lain, the Chief Economist at Daiwa Capital Markets Hong Kong Ltd., as long as the rate spread exists there will be pressure for money to continue flowing out from the Hong Kong Dollar. He also said that this will cause local borrowing costs to become more responsive as the intervention continues when the aggregate balance slips between HK$20 billion-HK$30 billion.

Any hike in interbank rates due to current operations can cause the pressure to rise on the Hong Kong expensive property market and even weigh in on the city’s economy.

Officials are trying to mitigate this by issuing HK$1 trillion of exchange fund bills which when matured will help inject money back into the system. Officials believe that the city’s $434.5 billion of foreign-exchange reserves have the ability to handle the intervention.

At 4:41 pm, the Hong Kong dollar remained at HK$7.8497 to the United States currency. On Friday, the one-month Hibor went up 3 basis points to 1.55 percent. This has extended its advance since the last seven days to twenty-two basis points.

According to Ronald Man, strategist at Bank of America Merrill Lynch, the HKMA will need to spend at least HK$60 billion more in 2019 to defend the currency peg. This will cause the aggregate balance to fall by the end of 2019 to HK$10 billion. He also said that the drain on liquidity would not cause funding conditions to run off track as the HKMA can release liquidity into the aggregate balance by allowing a few of its EFBs to mature.