Is It Safe to Invest In Bitcoin? 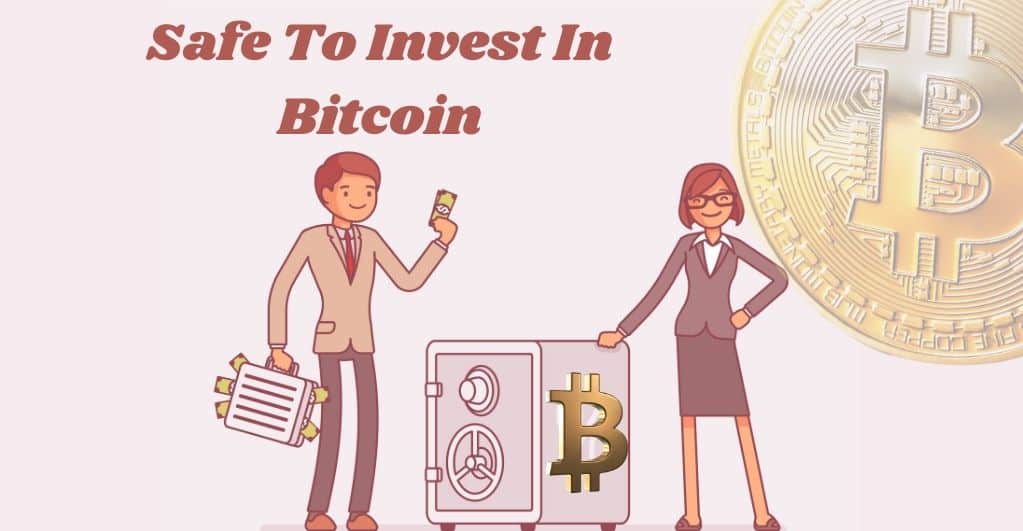 Bitcoin is a digital currency, which came into existence in the year 2009. Unlike the fiduciary currency, there are no physical Bitcoins. However, only the Bitcoin balances held by any individual are stored on a decentralized public ledger, known as the blockchain network.

Irrespective of the cryptocurrency or the Bitcoin investment trend, it is imperative to truly understand if it really safe to invest in Bitcoin? Click Here to know more.

Bitcoins are making rounds as one of the hottest commodities to invest in 2020, especially after the financial market was severely hit after the COVID-19 global pandemic.

Bitcoin is a highly secure, cryptographically protected virtual currency. The currency is depicted in bitcoins or BTC that are stored as tokens. Technically, bitcoin transactions occur with the aid of public and private keys, which are based on mathematically encrypted algorithms. While the public key is akin to your bank account number, the private key acts as your ATM PIN, which you enter to authenticate bitcoin transactions.

How to Invest in Bitcoin?

As bitcoins are not a physical currency, they are stored in Bitcoin wallets. Users can buy, sell, and exchange bitcoins for other cryptocurrencies with the aid of Bitcoin exchanges. While Bitcoin is the most popular and highly valued digital currency, they are highly volatile as well. Nevertheless, they make an ideal option for investing to enhance your financial portfolio.

Similar to the other forms of high-risk investments, investing in bitcoins has its own risks. However, it is a worthy risk to take as the value of Bitcoin changes with the demand in the cryptocurrency market. In fact, bitcoins are soon turning out to be the most preferred type of cryptocurrency for online transactions.

How to invest in Bitcoin: key steps

The key components involved in Bitcoin investment includes a Bitcoin wallet, a reliable Bitcoin trading platform or cryptocurrency exchange, and a payment method for purchasing bitcoins. The underlying steps are as follows;

Once you buy bitcoins you can either store them in your wallet for long-term investments or use them for online transactions.

Why invest in Bitcoin?

Unlike fiduciary currency, there are only 21 million Bitcoins available globally, which means the demand for Bitcoin is speculated to increase. With this rise in demand, the value placed on a single Bitcoin is likely to increase. Thus, when you have invested in Bitcoin, you can easily sell them when its value will exponentially increase in the future.

The cryptocurrency market is gaining popularity while financial experts believe that they may reach a crescendo in the next decade or two. Thus, as a long-term investment option, Bitcoin makes a healthy addition to your investment portfolio.

Some of the popular investors in Bitcoin include the first Bitcoin billionaires: Cameron and Tyler Winklevoss holding close to 100000 Bitcoin. Dan Morehead is known for launching the first cryptocurrency fund in the US market. The founder of the Digital Currency Group, Barry Silbert is yet another popular investor.

Impact of COVID-19 on Bitcoin

The financial market, in general, was greatly affected due to the COVID-19 or the novel coronavirus outbreak during the Q1 of 2020. Cryptocurrency like Bitcoin also faced a major impact where the value of Bitcoin, fell from over $10000 to below $4000. While these numbers greatly improved at the beginning of Q2 2020, reaching a high of $7000, crypto experts believe that it will take another quarter or two for BItcoin to rise in its value. Thus, it is the right time to invest in Bitcoin while anticipating long-term ROIs.

Investing in Bitcoin as a long-term investment is considered to be a key investment plan as the cryptocurrency has very high growth potential. The present COVID-19 pandemic outbreak is believed to be the ideal time for investing in Bitcoin, as the value of BTC is speculated to grow shortly.