Home  |  FXpert  |  Trade Conflict: US And China Blink, Close To Making A Deal

Trade Conflict: US And China Blink, Close To Making A Deal 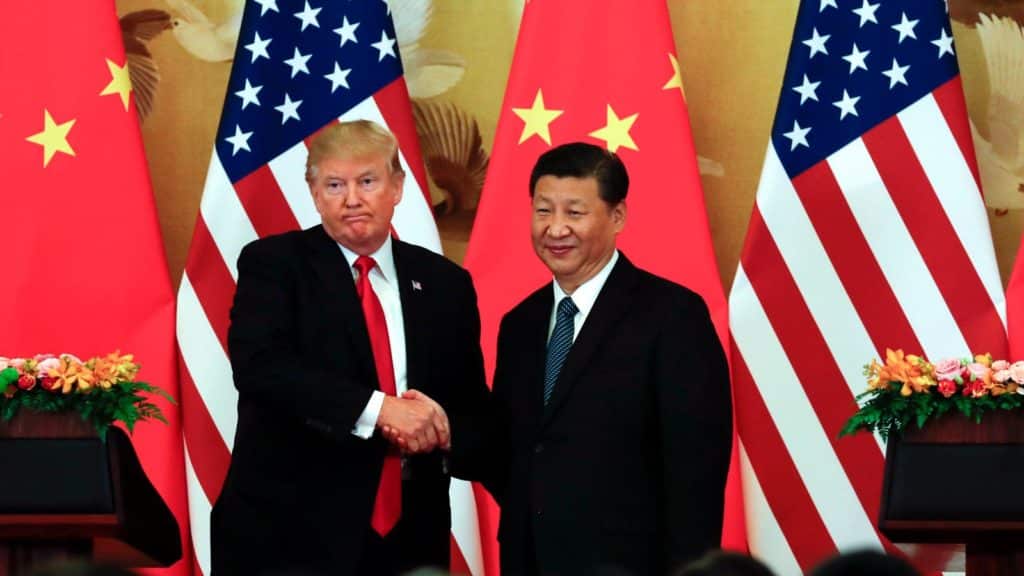 A major trade deal is likely to happen in the ongoing trade war with the United States and China. The deal is likely to see both countries making concessions on the tariffs imposed. The US may stop all the tariffs if Beijing agrees for protecting America’s rights to Intellectual property and also if China pledges to buy more made in America products as per sources.

What has China agreed?

China has promised to remove the limitation on auto ventures for ownership by foreigners in China and has also agreed to speed up the process. The tariffs on the vehicles which is currently 15% on all imported vehicles may be reduced, and the rate of reduction is still not known. As per internal sources, a deal is also likely to be inked between Cheniere Energy and China for buying natural gas worth $18 billion to assuage Trump on his demand to lower the trade gap and buy more American products. The Chinese brought American products worth $130 billion in 2017 and have made offers to increase the purchase by $1.2 trillion in the next 6 years. It is yet to be seen how China will continue with the purchase given the tariff imposition that is still in place.

Apart from the automobile products, China is also reducing the tariffs on chemical, farming, and other US products though nothing has been decided officially as of now.

Trump and his negotiators are optimistic that a deal will happen, but when speaking in a hearing at the Congress, Robert Lighthizer, a United States Trade representative said that China lifting the tariffs of US products is their prerogative, but he was optimistic that things will work out. Meanwhile, Trump extended the deadline by a week for the imposition of taxes which was scheduled to start from March 1 citing that there was progress in reaching a deal. Trump also demanded Beijing to remove all the duties levied on America’s agricultural products with immediate effect.

The US stocks have recovered from their worst performance since the Great Depression as news of a trade deal and the signs of China recovering from its slowdown.

The meeting that was held in Washington turned out to be a major differentiator as it helped both countries to reduce tensions by sorting their differences. This means that the agreement with the US President and Xi Jinping when they meet next is in the offing, but there are many challenges that still remain to be overcome.