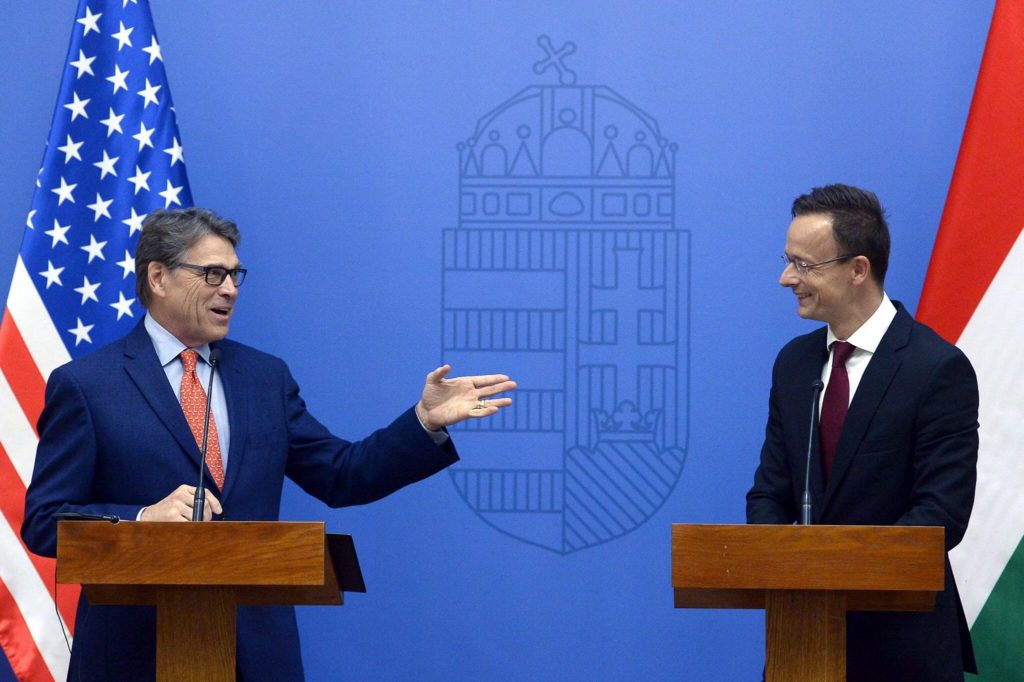 The United States has now sought the help of its private players for fighting its priority and its power in the international forum. As there have been instances of the United States imposing financial sanctions on Iran, it now tries to put all its private players, especially the oil industry to fall in the lone with American objectives as far as its foreign policy is concerned. As the United States has its strategic interest over Asia, Europe, and the Middle East, it now wants to punish the so-called bad actors with the help of the oil industry.

Pompeo, at the time of addressing top executives of the world’s largest energy companies and oil ministers in Houston said that U.S.’s recently found shell oil and natural gas should “strengthen our hand in foreign policy.”

The United States has recently put major financial sanctions on two major oil-producing nations, Iran and Venezuela. He said that the United States is using all its economic tools in order to deal with the situation in Venezuela. Venezuela has been devastated by a years-long economic crisis and where socialist President Nicolas Maduro is maintaining power despite being disavowed by the United States and about 50 other countries.

The United States also has imposed restrictions on Iran as it allegedly violated nuclear terms dictated by the U.S. and European Union. He said that the United States is committed to dragging Iran’s crude oil exports to near zero levels as quickly as the market allows.

“We need to roll up our sleeves and compete – by facilitating investment, encouraging partners to buy from us, and by punishing bad actors,” Pompeo said in his prepared remarks.

Pompeo’s speech came on the second day of IHS Markit’s CERAWeek conference in Houston. The conference saw the participation of U.S. oil and gas executives, energy luminaries and officials of the Organization of the Petroleum Exporting Countries.

He also met with top oil executives and said that he wants to boost exports to Asia and Europe so that no harm can be done to its foreign policies. He reportedly successfully persuaded the American firms to isolate Iran in Middle East Asia and Venezuela in Southern America.

The speech and the meet is the next step taken on the efforts by Trump to sway oil executives on energy dominance. Pompeo said that the U.S. is actively looking forward to avenues to make significant progress over alliances in the Middle East. The United States’ foreign policy aims at creating a Sunni block adding Saudi Arabia, the United Arab Emirates and Kuwait against the Shia Nation Iran’s increasing influence in the Middle East.

Pompeo also criticized China for “blocking energy development in the South China Sea through coercive means,” which he said stops South-East Asian nations from accessing $2.5 trillion worth of recoverable energy reserves. He also went on terming the Russian invasion into Ukraine only to gain access to the country’s oil and gas reserve.