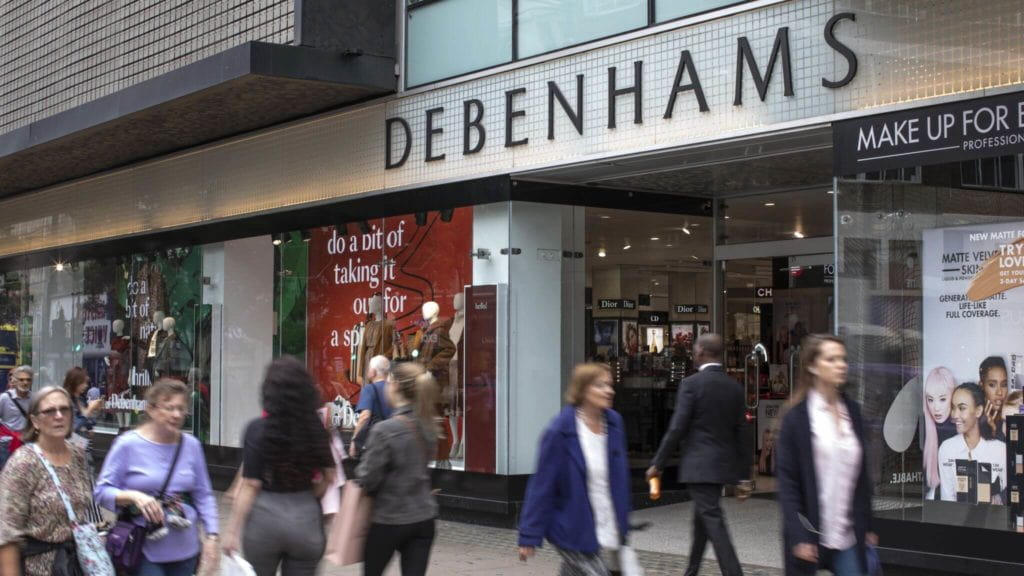 United Kingdom’s premier departmental store Debenhams is struggling to boost sales, and in development, that will come as a shock to investors, the company stated the profits for the upcoming year were not going to match analysts’ expectations. This trading update is a worrying sign since back on the 10th of January this year, Debenhams had made a forecast in which the company stated that profit levels were going to be in line with analysts’ estimates of £8.2 million.

The reason behind this explosive update lies in the departmental store chain’s continual decline in sales, and for the 26 weeks leading up to the 2nd of March, sales declined by as much as 5.3%. It is hardly surprising that the company decided to alert investors about the fact that they will no longer be able to hit the profit estimates. It is important to keep in mind that the retail company had issued a profit warning back in 2018 as well.

The Chief Executive Officer of Debenhams, Sergio Bucher said that the company is working on ways to turn the business around and cost-cutting measures are afoot as well. Bucher said, “We are making good progress with our stakeholder discussions to put the business on a firm footing for the future. We still expect that this process will lead to around 50 stores closing in the medium term.” He went on to state that real estate is also an issue for the company and that the company is hoping to speak to landlords regarding rental agreements. Needless to say, this is the sort of thing that can erode investor confidence in a retail company.

Financial restructuring has been an ongoing theme at the company, and earlier this year, Debenhams had been injected with £40 million so that they could use that money to restructure loans. It is expected that the biggest fallout from this restructuring is going to be the closure of stores and loss of jobs. According to reports, Debenhams are looking to close as many as 20 stores in 2019 alone, and the financial restructuring is going to be a challenge. Analysts have also painted a gloomy future for the company. An analyst at stockbroking firm Hargreaves Lansdown said, “Debenhams’ future is hanging in the balance, and with short sellers circling too, we can expect share price movements to be volatile. The department store needs to stage a Lazarus-like recovery to turn things around from here.”